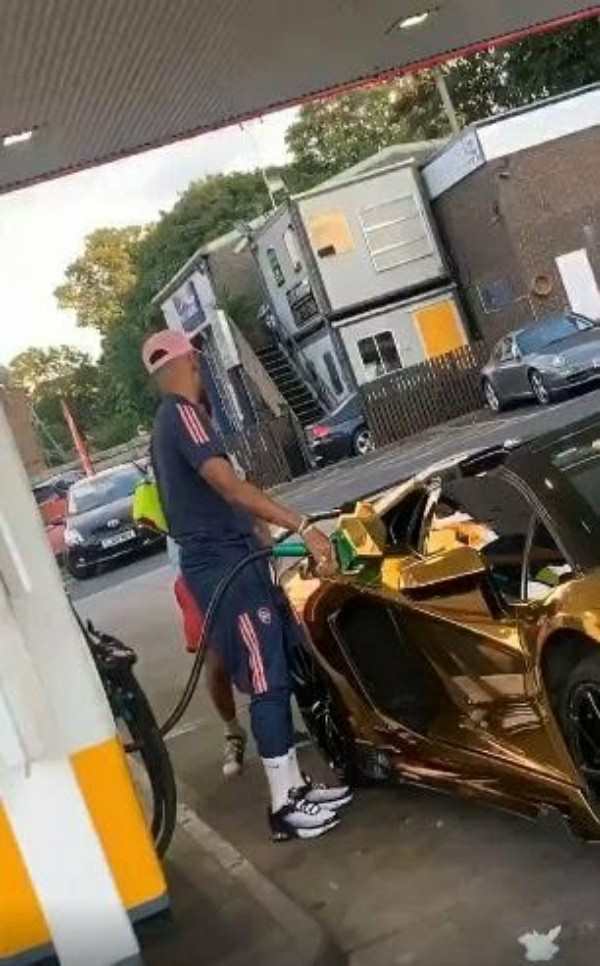 Arsenal star Aubameyang mocked by Tottenham fan who sings ‘2-1’ after derby win while filling up his Lamborghini. 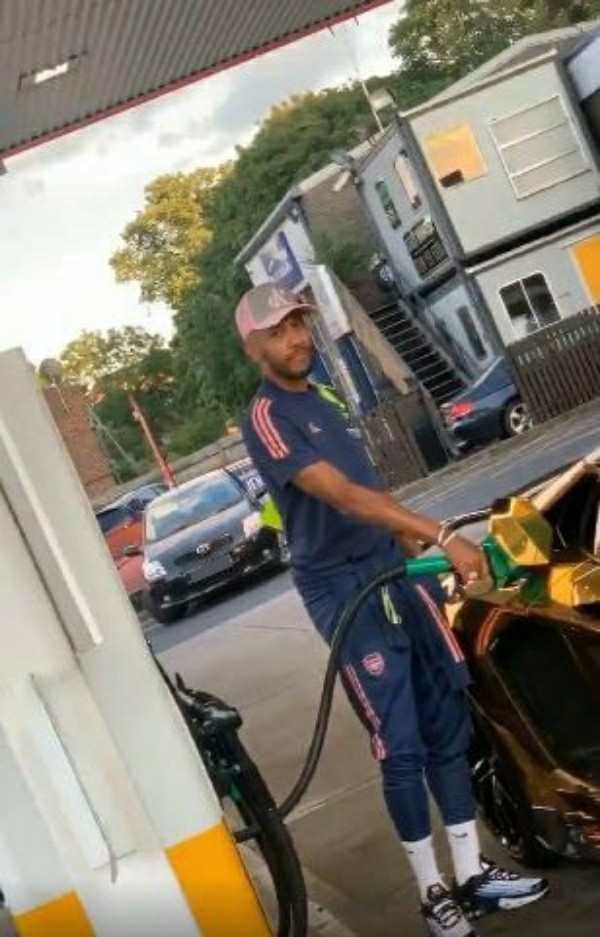 Arsenal star Pierre-Emerick Aubameyang no doubt boasts one of the best and most expensive collection of supercars in the footballing world.

The 31 years boasts a collection worth millions of Naira and he is not shy to flaunt his insane custom supercars when the need arises.

But Aubameyang looked lost for words after being mocked by a Tottenham fan who sings ‘2-1’ after a derby win while filling up his Lamborghini at the petrol station.

After the video of the Gabon international went viral, one fan said:

“While he fills up his gold Lamborghini… I can’t help but feel that he isn’t too bothered by this guy.”

“He looks devastated! Bet he wishes he was the person saying 2-1.” 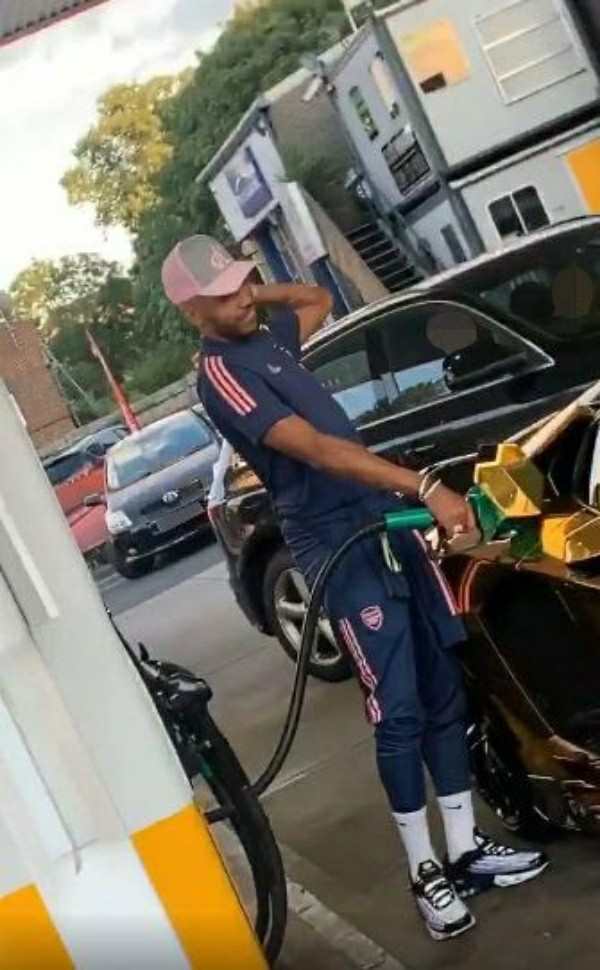 The supercar lover could not have expected to go unnoticed as he filled up the tank of his gold £160,000 Lamborghini.

Last year November, Aubameyang crashed his ₦125m Lamborghini Aventador as he was heading home from training.

Related Topics:aubameyangAubameyang-car-collectionAubameyang-LamborghiniAubameyang-Tottenham-fanPierre-Emerick Aubameyang
Up Next