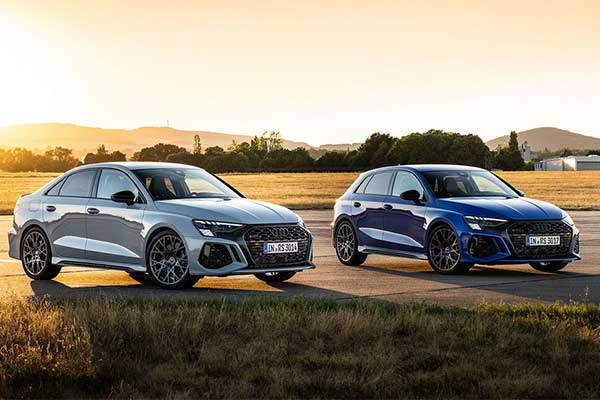 Audi has been churning out special models of its vehicles of recent and now it’s time for the RS3 to get the performance treatment. Sadly it will be limited to just 300 copies and the chances of acquiring one are very slim due to the fact that limited models are sought after. This performance model will be available in both sedan and hatchback body styles.

Much like the standard car, the RS3 Performance Edition is powered by a 2.5-litre turbocharged five-cylinder engine. However, whereas this engine ordinarily delivers 394 hp, Audi has massaged that up to 401 hp while torque remains the same at 369 lb-ft (500 Nm) between 2,250 rpm and 5,700 rpm. This extra power was achieved by increasing the boost pressure by 0.1 bar and altering the RS sports exhaust system. It is mated to a seven-speed Stronic dual-clutch transmission, with the RS3 Performance Edition reaching 62 mph (100 km/h) in 3.8 seconds.

Audi doesn’t fiddle with the car’s suspension but instead adds the usually-optional front carbon ceramic brakes as standard. On top of that, the vehicle gets exclusive 19-inch wheels with P Zero Trofeo R tires. A black diffuser is fitted at the back, and black Audi badging is used throughout.

Inside, the Performance Edition gets standard bucket seats with Dinamica microfiber and Nappa leather. Mercato Blue offers a contrast to the dark interior, found on everything from seat belts to door panels and stitching. The 10.1-inch touchscreen features a carbon-look background, and a special “1 of 300” badge is prominently mounted on the passenger side of the carbon-trimmed dash.

The RS3 Performance Edition is available in a limited range of colours including Arrow Grey, Daytona Grey, black and white, with the iconic Nogaro blue also making a comeback. This, combined with the new wheels and standard black badging all combine to create a marginally more aggressive aesthetic than normal, one you’ll need to concentrate on to notice. 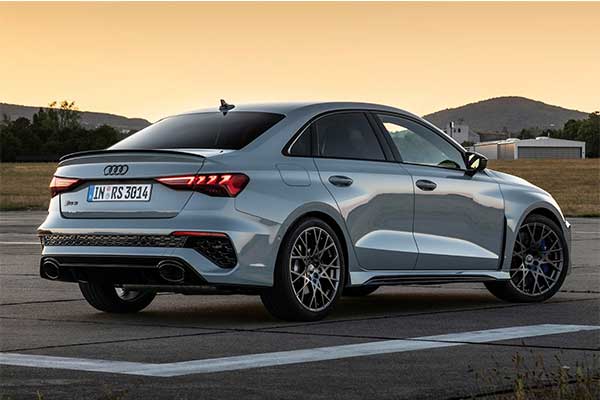 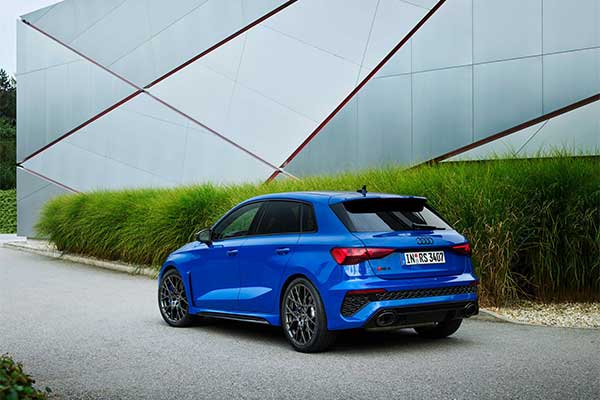 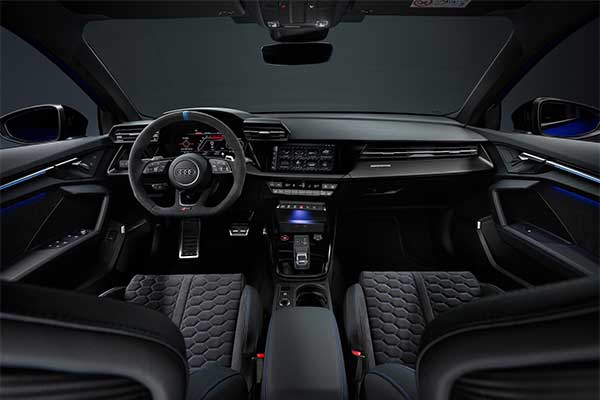 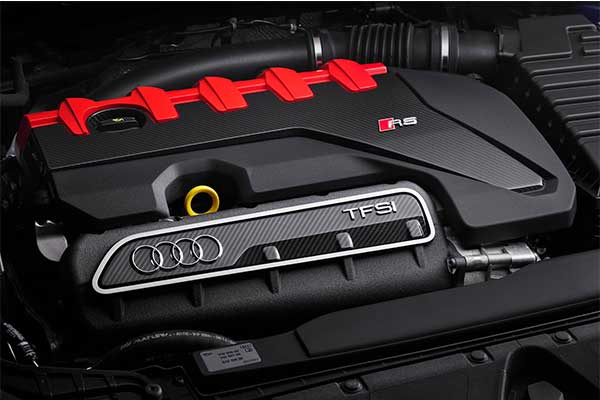