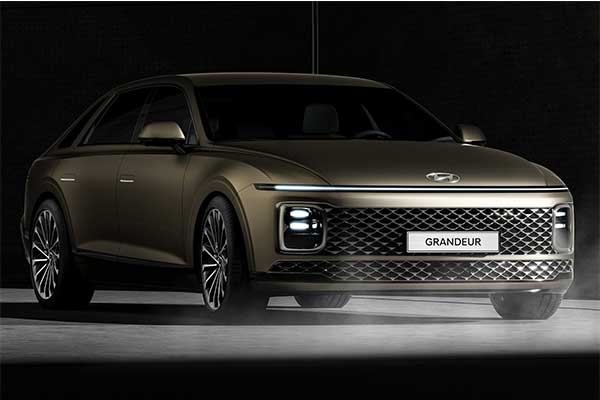 Hyundai on Wednesday unveiled a redesigned, seventh-generation Grandeur whose new look is both modern and bold. The look is defined by clean, crisp lines, plus a light strip at the front serving as the daytime running light. The main headlight clusters are positioned below this light strip, flanking each side of the front end. A similar theme is found at the rear where some similarities with the latest Genesis G90 flagship sedan can also be seen.

The profile features a single character line running from the front all the way to the rear. The proportions are enhanced thanks to the stretched wheelbase although the FWD nature of the Grandeur’s architecture is still evident from the longer-than-usual front overhang. Speaking of which, Hyundai didn’t go into details but the model is expected to share its underpinnings with the Kia K8/Cadenza.

At the back, the full-width LED bar for the taillights is quite thin, positioned below a duck-tail-style design for the tailgate, similar to the Hyundai Ioniq 6 but with a much more assertive and minimalist approach. The black horizontal element on the bumper that serves as a continuation of the line above the side sills emphasizes the sedan’s width, together with the horizontal reflector.

As for the interior, it too is a major departure from the previous-generation model. It gets a dual-screen setup atop the dashboard along with a third display mounted lower on the centre console from where the driver and passenger control the climate settings. It would seem the steering wheel’s design takes after that of the first Grandeur while the rear passengers have their own controls mounted between the seats.

Hyundai hasn’t released technical specifications, though it is speculated it will include four- and six-cylinder units. Front-wheel drive will come standard, and all-wheel drive will likely be offered at an extra cost in some markets. More details about the 2023 Hyundai Grandeur will emerge in the coming months. 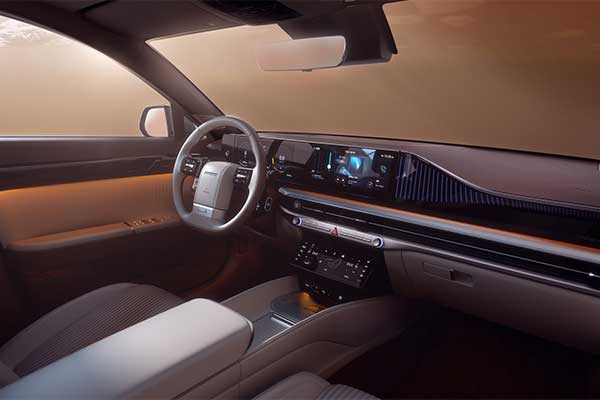 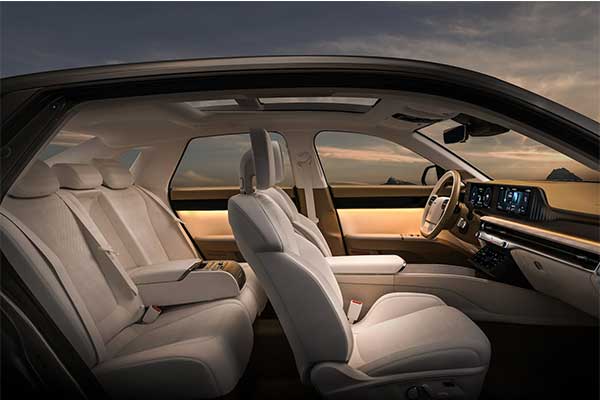 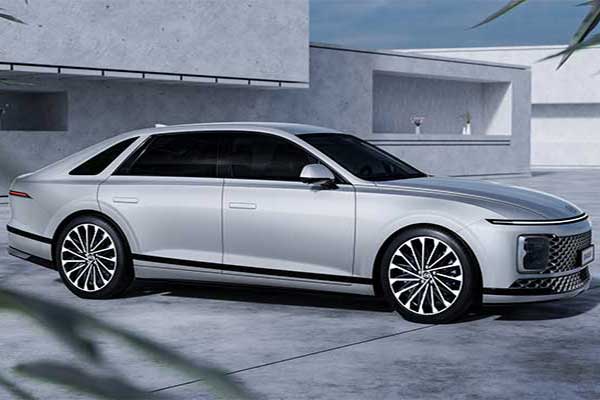