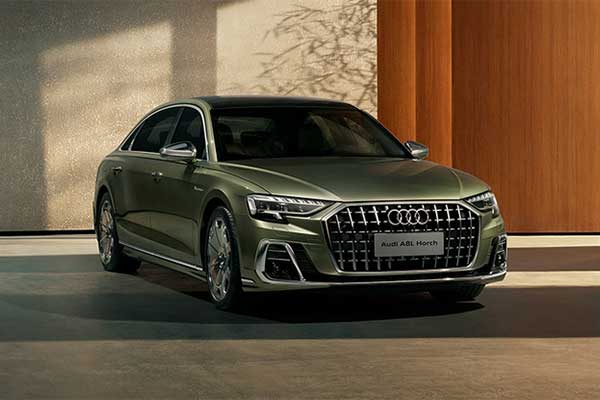 Among all the German manufacturers of luxury cars, none could rival the Mercedes Maybach S-Class but that will change as Audi has responded with the A8 L Horch. Sadly it is a Chinese exclusive and will be unveiled at the 2021 Guangzhou Auto Show next month.

Like its Maybach rival, the A8 L Horch has a stretched wheelbase that’s 5.1 inches longer than that of the regular A8 sedan. Its total measurement is nearly 18-feet long (it’s about an inch shorter than the Maybach). The additional space generates a significant amount of rear passenger space. The grille, meanwhile, has been modified to feature more chrome and to give it an even more luxurious feel. That is matched by digital matrix LED headlights with intricate DRLs.

On the inside, there’s diamond-quilted upholstery, deep-pile floor mats and cushions with the logo embossed on them. If that doesn’t say luxury, we don’t know what would. Instead of a rear bench, there’s a pair of rear seats separated by a centre console that contains a fridge, glasses, cupholders, and an armrest with a touchscreen, and adjustable seat controls. Audi further gave the seats a diamond quilting pattern along with plenty of wood and aluminium trim, and even the Horch logo embossed in the armrests.

There’s also a larger panoramic roof and extra equipment as standard. Audi will even throw in the ‘relaxation seats’ for free – you should hope so too.

To really bring the fight to Maybach, you can have the Horch with a two-tone (one on top of the other) paint finish. The combinations are as follows; mythos black and florette silver, florette silver and mythos black, and firmament blue and ultra blue. Lovely.

Powering the machine is Audi’s turbocharged 3.0-litre V6 that pairs with its 48-volt mild-hybrid system. The powertrain will produce 340 horsepower (253 kilowatts) and 368 pound-feet (500 Newton-meters) of torque, which should be plenty as the sedan will emphasize comfort over pure power. It pairs with an eight-speed automatic gearbox and Audi’s Quattro all-wheel-drive system. 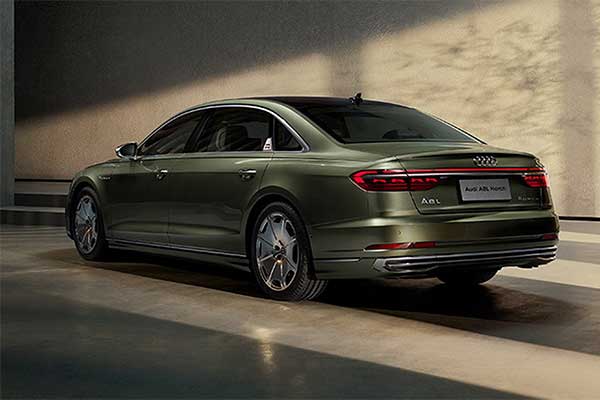 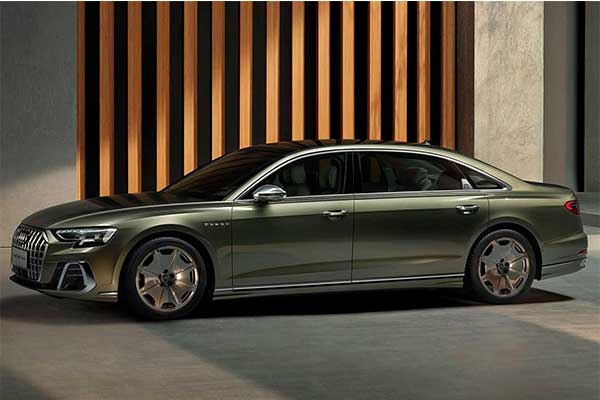 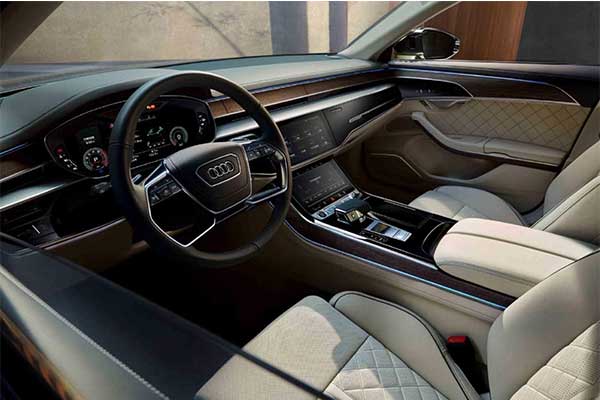 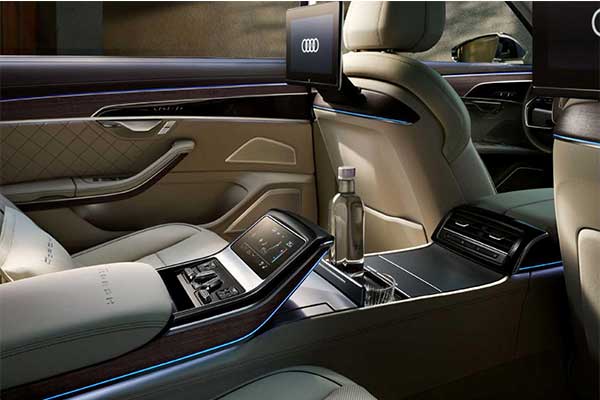 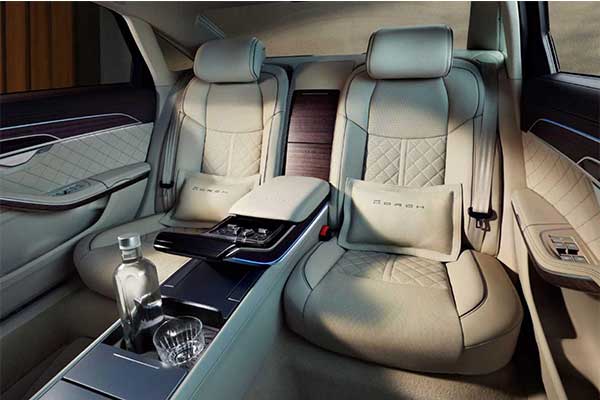 Related Topics:A8a8la8l_horchaudichinese_marketguangzhou_auto_showmercedes maybachS Class
Up Next