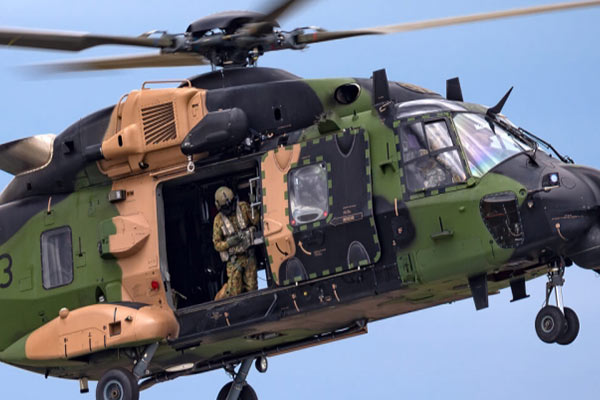 This is after replacing its 22 Eurocopter Tiger attack helicopters with Boeing AH-64E Apache.

Australia has announced its plans to procure around 40 UH-60M Black Hawk helicopters to replace the Army’s fleet of 41 NH Industries NH90, known as the MRH90 Taipan.

This is after replacing its 22 Eurocopter Tiger attack helicopters with Boeing AH-64E Apaches, and two months after the cancellation of a contract for 12 Shortfin Barracuda submarines supplied by the French company Naval Group in favor of the AUKUS [Australia, United Kingdom, and the United States] alliance,

“The performance of the MRH90 Taipan has been an ongoing and well-documented concern for Defence and there has been a significant effort at great expense to try to remediate those issues,” said Defence Minister Peter Dutton.

It is not the first Australian branch to complain about the European-made helicopter. The Australian Navy also requested to phase out its six navalized MRH90s operated by the 808 Naval Air Squadron. It was authorized to acquire up to 12 Sikorsky MH-60R ‘Sea Hawk’ helicopters in October 2021.

According to the Australian Defense Magazine, this replacement by the Australian Army comes as no surprise, and is the result of a “hate campaign” operated by the Australian authorities against the MRH90 since its induction in 2007, though “the European helicopter has certainly suffered from poor availability rates and a high cost of ownership”.

In the past, both the French Navy and Royal Dutch Navy have also reported deficiencies with their own fleet of maritime NH90s, particularly corrosion and maintenance problems traced back to “design faults and errors” that made the helicopter sensitive to saltwater.