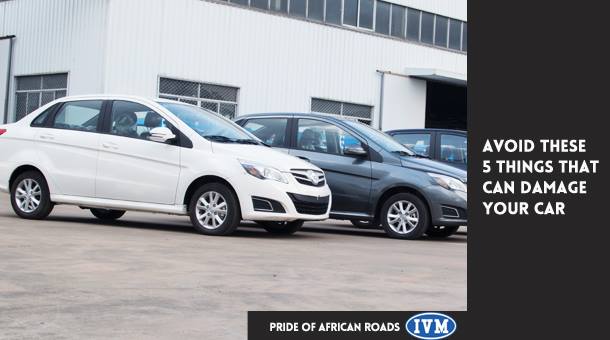 Admittedly, some of us have poor driving habits but we realize this when we end up at the mechanic shop with a bill in front of us, in some extreme circumstances motorists, car occupants and pedestrians have lost their precious lives.

On our way to work most times we take routes we are not supposed to take just because it might be shorter and we neglect the impact it might have on our vehicle.  Save yourself from these costly mistakes by watching out for these serious driving mistakes.

1.Speeding From Light To Light
When you slam on the power pedal from a standstill, you’ll notice the in the vehicle’s tachometer (a device used to determine the speed of rotation) on your dashboard jolt upward into the red. This is your engine telling you to slow down because it can’t handle the amount of torque (rotating force) that you’re asking it to produce without switching into the next gear.

The more you press down the pedal, the more gas you’re pumping into the engine. This process also produces a lot of heat on the transmission. This intense heat when repeated over and over will eventually cause your transmission to go out; if that does happen, expect to see yourself at the mechanic workshop soon.

2.Slamming On the Brakes

Slamming on your brakes will cause the rubber on your brake pads to overheat and wear down very quickly. In addition to this, hard braking put the tyres under stress and friction, causing them to wear faster.

When you press real hard on the brake, there is a lot of force and energy the vehicle is fighting against including the weight of the vehicles. Slamming on the brakes can also put the passengers at risk. Try and know the speed limits of the routes you are plying. Reducing your speed from 100km/h to 30km/h in split seconds is suicidal.

3.Putting the Car in Park without the Emergency Brake

The emergency brake is also called hand brake, parking brake or e-brake. They have a rachet locking mechanism, so until the release button is pressed, the lock won’t be released. If you’re someone that likes to put the car when sitting at a drive through or in long traffic lines, make sure that you are also using the emergency brake. The emergency brake acts as a backup to ensure that your vehicle doesn’t move out of place. If someone wasn’t paying attention and ran into you with your car in park, it would force the vehicle to move from the force and potentially break your parking pawl which is the thing that keeps your call in place.

4.Reverse and Drive Without Stopping

When you’re in a hurry to back out of a parking spot, make sure the car is coming to a complete stop before you shift it into drive. If you don’t bring the vehicle to a complete stop, the gears inside the transmission will stop moving when you go to switch the gear in use. That is going to put a serious amount of pressure on the transmission and cause some pretty serious damage if made to be a regular habit.

5.Driving On an Empty Tank

You might be trying to save some money and see how much fuel you can squeeze out of your cars tank, but it isn’t going to do you any favors in the long run. Driving a car around on a low tank of fuel allows sediment that has been sitting around the bottom of the fuel tank to get sucked up into the engine. This can damage the fuel lines and in time start to cause problems in your engine. Instead, fill up early and often and don’t let your fuel gauge drop below 1/4 of a tank.

When you manage to avoid these common poor driving habits, you can save yourself a lot of money and hold onto your car a lot longer than most other car owners. If it’s already too late and your car has come to its last days, perhaps it’s time to visit any of our authorized dealers and purchase an Innoson car.

How To Cool Your Car Like A Pro (Video)