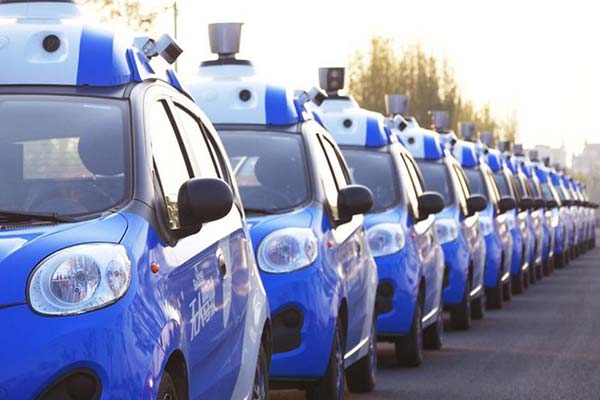 Chinese Tech Giant, Baidu, has rolled out first driverless taxi service in China. This makes it the first company that commercialised autonomous driving operations in China.

Unlike previous Baidu autonomous driving demonstrations in Beijing, this is the first time that no one is behind the wheel. But a safety member is sitting in the front passenger seat in case of emergency.

Up to 10 Apollo “robotaxis” are now picking up and dropping off passengers at eight stops in Shougang Park in western Beijing. They are operating simultaneously in an area of about 3 square kilometers (1.2 square miles). Each ride costs 30 yuan ($4.60), and is open to passengers ages 18 to 60.

The park is an old site of iron and steel plants and has been transformed into a sightseeing spot and venue for the 2022 Beijing Winter Olympics Games.

Although there is no heavy traffic flow, an influx of tourists were seen in the park on the second day of Labor Day holiday.

The robotaxis were repeatedly forced to brake when encountering jaywalkers or curious tourists who came very close to the vehicles for photos.

Baidu, known for its search engines, has been testing autonomous driving on the open roads since last year.

Its Apollo Go Robotaxi service has carried more than 210,000 passengers in three cities across China and aims to expand to 30 cities in the next three years, the company said in a press release.