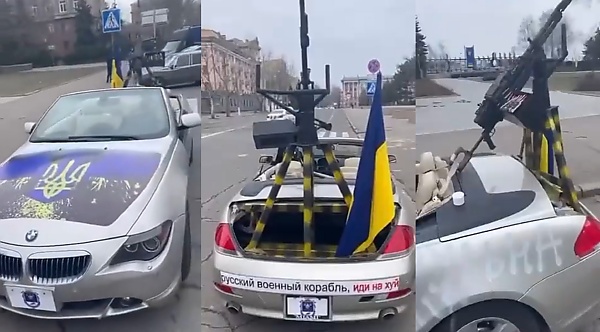 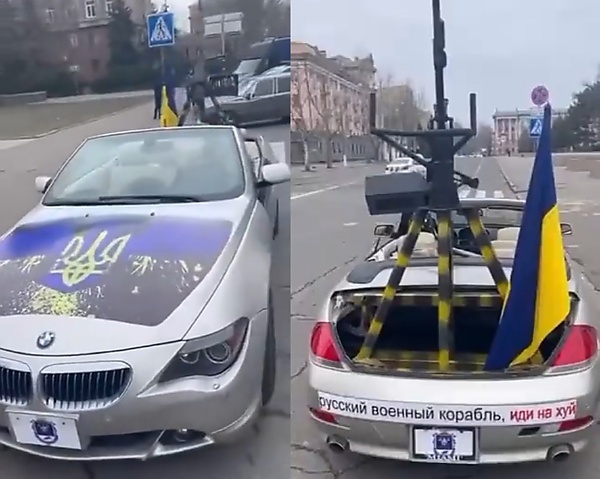 A BMW convertible with a large machine gun mounted to its rear has been spotted in Mykolaiv, Ukraine, in footage shared Ukraine Weapons Tracker.

“A open top BMW 6 series with a NSV 12,7×108 heavy machine gun mounted – is not something you see everyday” 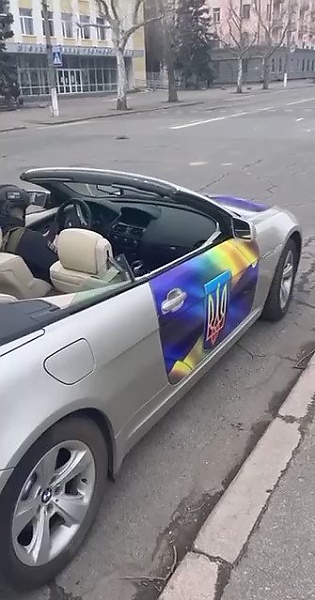 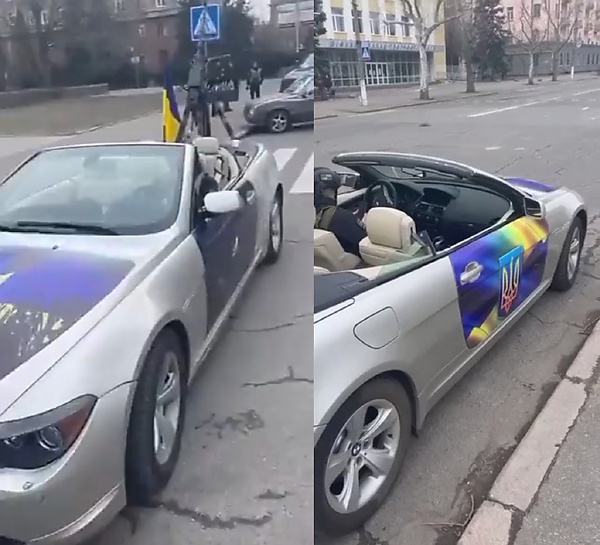 The lack of firepower by the Ukrainians no doubt inspired the use of a BMW as the NSV 12.7mm caliber heavy machine are normally mounted on more rugged vehicles like the 4×4 SUVs.

The footage comes amid Russian invasion of Ukraine and the promising defiance of its forces by the not well equipped Ukrainian forces and recruits. 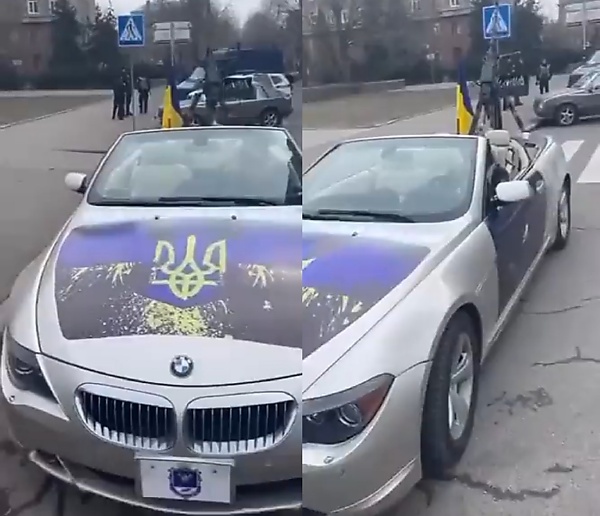 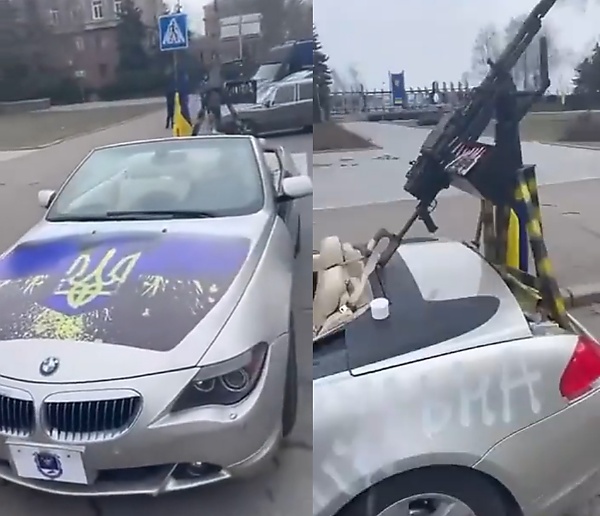 Over 300 international companies have either pulled out or paused operations in Russia, since the invasion of its Forces in Ukraine three weeks ago.