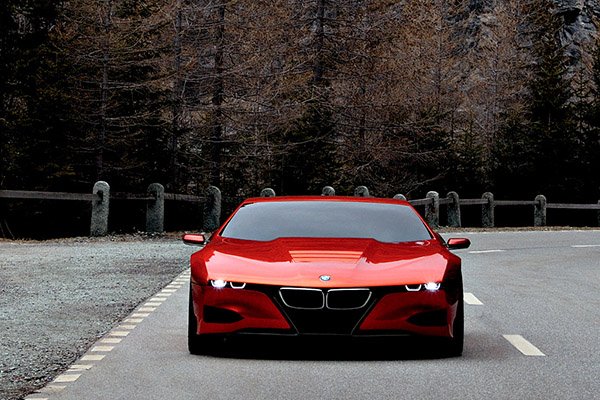 Have you ever seen a squintting car before? That’s one thing this BMW M1 Hommage is good at doing. Although the concept didn’t make it to production.. but it gave birth to the legendary BMW i8. This concept was designed specially for the anniversary of legendary BMW M1 car. As the old model, it presents new design lines that are ahead of its time. The BMW stylists also incorporated some of the old vehicles designs such as the lowered rear window, the lateral badge placement and a little bit of the front end.

The company did not seek to avoid the past and look to the bright future only. Dr Klaus Draeger, BMW Group Board Member says that drawing inspiration from your own past and thereby reinventing yourself – that is exactly what the BMW M1 Homage demonstrates in impressive style.

“The BMW M1 Homage clearly manifests the creativity and potential of the BMW Design team. A project such as this is a valuable source of inspiration for our day-to-day work.” Adrian van Hooydonk, Design Director – BMW Automobiles.

The BMW M1 Hommage holds great significance for the BMW Group Design team, its genesis epitomising both a living tradition and an innovative future. This vehicle is designed as a source of inspiration; it sets out to challenge us to question and rethink what we see around us. The BMW M1 Homage pays eloquent tribute to the BMW Turbo and the BMW M1, which in their design were well ahead of their time. Originally slated as ‘merely’ a design study or small series, their influence remains very palpable today – 30 years on.

Tell us the car you think can squint as well as this BMW M1 Hommage.

Could This Dino EV Concept Car Be A Special Car For Dino Melaye? (Photos)