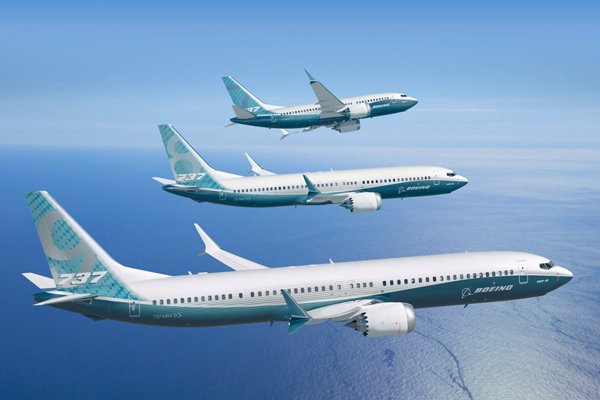 The Boeing 737 Max will receive updated flight-control software in the coming weeks.

In a statement by the Chicago-based aviation giant, Boeing, reads:

“For the past several months and in the aftermath of Lion Air Flight 610, Boeing has been developing a flight control software enhancement for the 737 MAX, designed to make an already safe aircraft even safer. This includes updates to the Maneuvering Characteristics Augmentation System (MCAS) flight control law, pilot displays, operation manuals, and crew training. The enhanced flight control law incorporates angle of attack (AOA) inputs, limits stabilizer trim commands in response to an erroneous angle of attack reading, and provides a limit to the stabilizer command in order to retain elevator authority.”

Boeing said the update would be implemented across the 737 Max fleet in the coming weeks.

The update will change the way the plane’s MCAS control software reacts to faulty sensor readings.

Boeing expects the US Federal Aviation Administration to make the update mandatory.

See The Timeline Of Petrol Price Increments In Nigerian