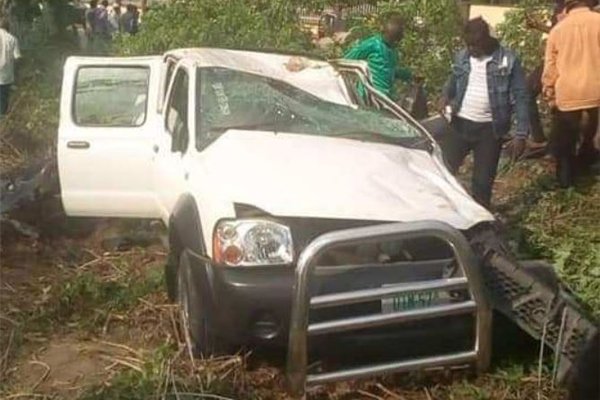 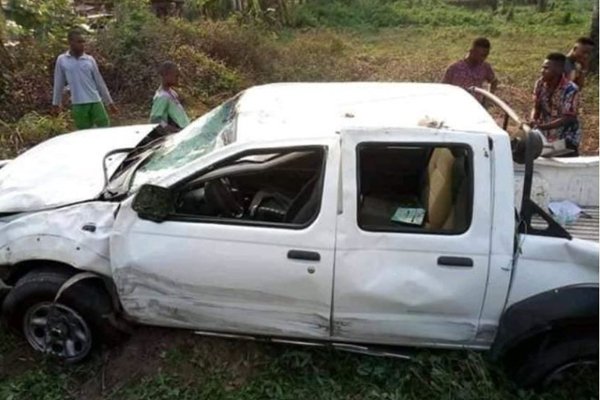 An Independent National Electoral Commission (INEC) vehicle has been reportedly involved in a crash while conveying some ballot papers to INEC office in Akwa Ibom state.

According to report, a vehicle belonging to the Independent National Electoral Commission (INEC) was involved in an accident on Tuesday, March 12th, at Abak along Ikot Abasi Road/School Road in Akwa Ibom state.

An eyewitness says that the INEC pick up truck rolled over several times due to excessive speed while it was being escorted by the police Hilux.

The vehicle was loaded with bags of Election materials including thumb printed ballot papers.

The driver of the truck sustained a severe injury including a broken neck from this crash alongside the other men that were riding with him.

But, security agencies arrived at the scene of the accident and evacuated the injured victims who were taken to the hospital. While members of the Abak Police Division conveyed the scattered ballot papers in their vehicle to the Police station. 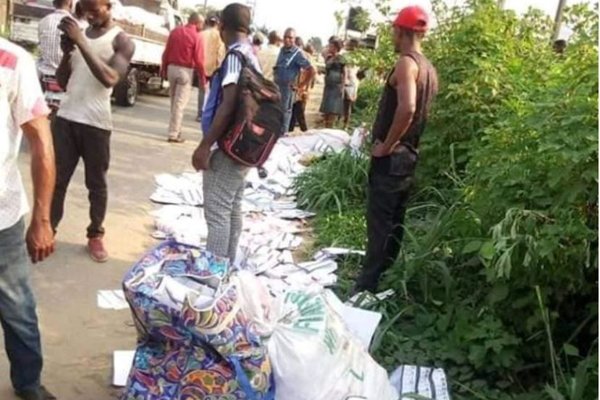