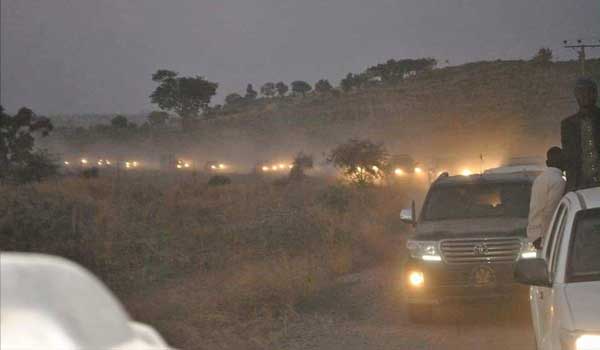 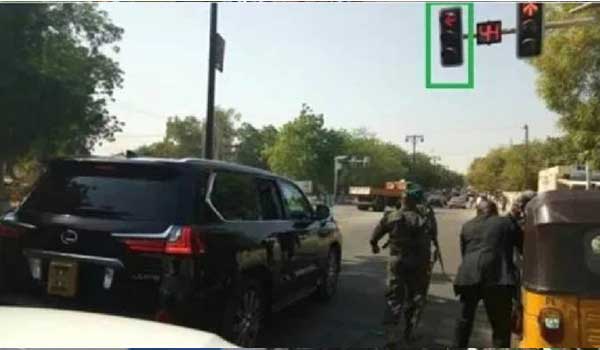 The governor, Babagana Zulum, was on a trip to Monguno and Baga towns to distribute food to IDPs. It was during the trip that the insurgents opened fire on the convoy.

The attack comes three months after Ali Modu Sheriff, a former governor of the state, was attacked. The attack along Maiduguri-Damaturu Highway was credited to the sect.

At least five persons including three policemen were killed in the incident.

According to reports, Governor Zulum left for Monguno Monday afternoon.

But before his departure reports filtered in that some officials of the Borno State Emergency Management Agency (SEMA) had run into an ambush by Boko Haram along the Maiduguri-Monguono road. 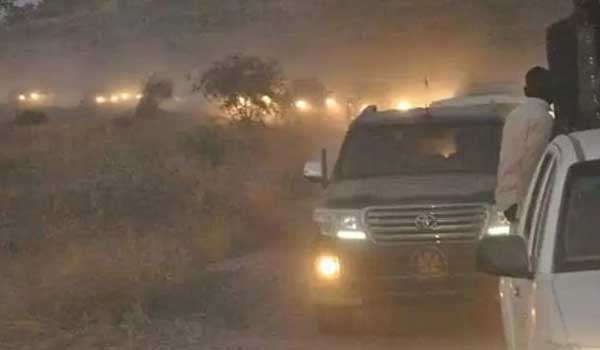 The attackers reportedly abducted an unknown number of humanitarian staffers of SEMA. All attempts to get details of the abductions have not yielded results.

However, the chairperson of Borno SEMA, Yabawa Kolo, confirmed to reporters on the telephone that some of the agency’s officials came under Boko Haram attack. She did not give details of the number of persons involved.

Multiple sources, who spoke and confirmed the development, said the governor was unhurt as soldiers and police officers guarding him repelled the assault on the convoy.

The governor’s spokesperson, Isa Gusau, confirmed the development, telling this newspaper he was working on a press statement on the matter. 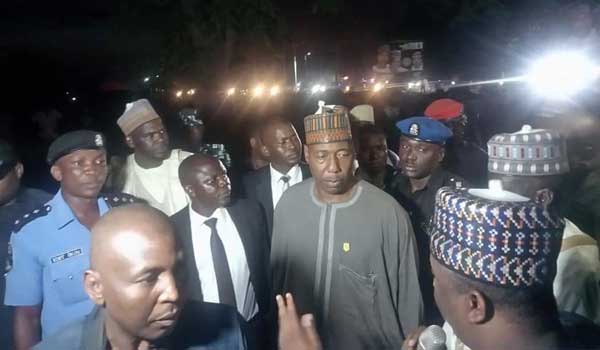 On the attack on the governor’s convoy, a government source confirmed that “it happened, but I’m sorry I cannot give details on this because the relevant officials are still digging to get more details of the attack.”

“But I can assure you that the governor is unhurt, and that includes everyone in the convoy,” the source said.

Boko Haram had last week executed five aid workers over an alleged failure by the government to pay a ransom.

The executed aid workers were abducted in the first week of June along the same Maiduguri-Monguno.