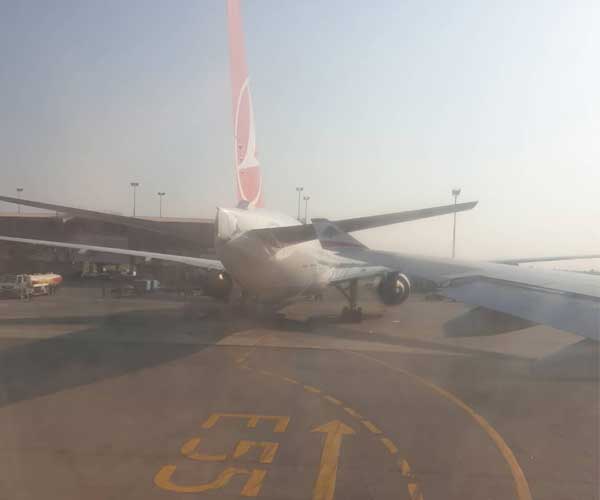 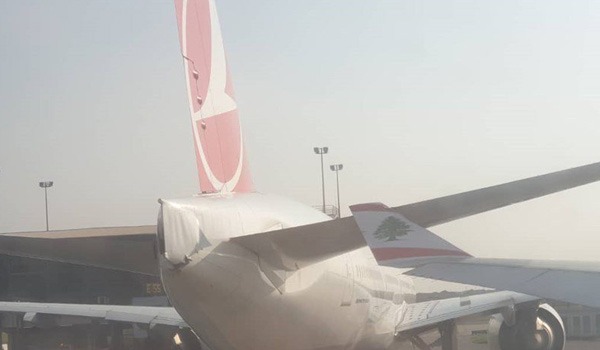 Sources at the airport said the Turkish cargo flight was parked at the international airport apron when the Middle East airbus ran into it.

“The Turkish cargo flight was parked at the tarmac when the MEA airbus ran into it l, ripping off part of the empennage of the aircraft.

“The MEA flight was taxiing when it happened,” the source said.

The MEA Airbus, which had been boarding passengers since 12:00 pm, had to disembark every passenger on board.

Another source at the scene of the incident said the Middle East Airline and others had been carrying out commercial operations under the disguise of evacuation flights.

“These people have been running commercial flights under the disguise of evacuation. They come to this country at least three times a week. 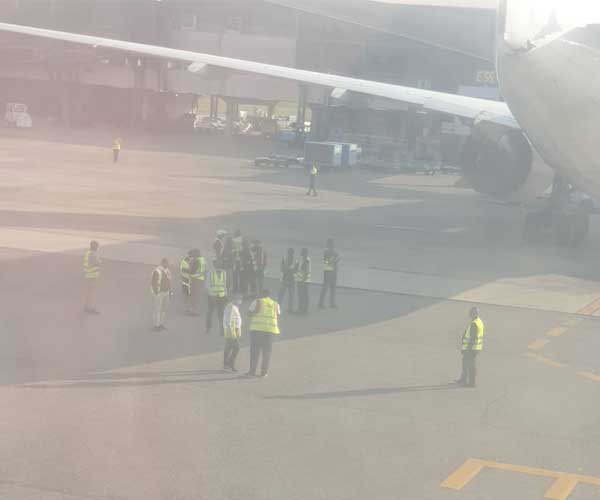 “The MEA and even Turkish Airlines and others have been carrying out commercial operations,” the source added.

However, it was learnt that the Nigerian Civil Aviation Authority (NCAA) had been notified.

There had been numerous ground collision incidents at the Lagos Airport over the years.

The consistency of the incidents led to the remarking of the airside by the Federal Airports Authority of Nigeria (FAAN).

Related Topics:aircraft-collision-at-lagos-airportMiddle-East-AirlinesTurkish Airlines
Up Next

Train Derails, Bursts Into Flames In The US