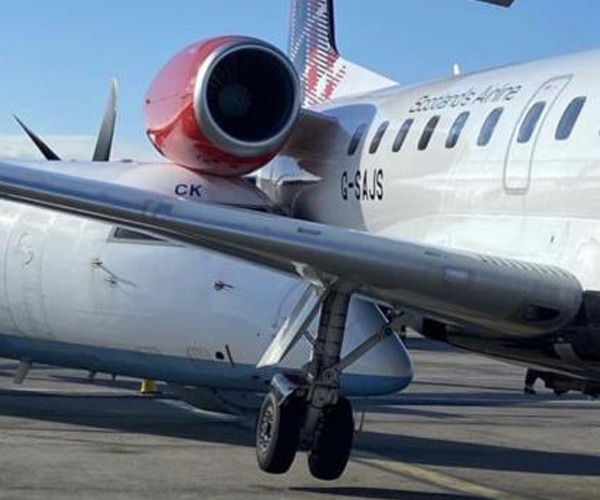 Drama unfolded on Wednesday at Aberdeen International Airport as an aircraft collided with another plane on the tarmac.

It is understood that no passengers were aboard either of the two aircraft involved in the incident.

Aberdeen International Airport Fire and Rescue vehicles were in attendance at the scene and emergency service workers could be seen cordoning off the area.

A former Flybe plane ran into the rear of an already offloaded and stationary Loganair aircraft. 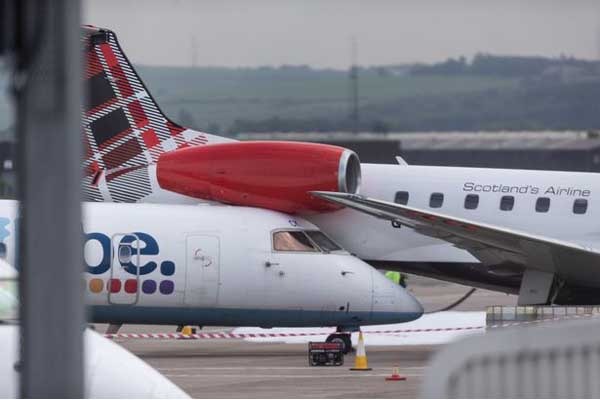 An investigation has been launched after the collision between the two planes.

The nose of one of the aircraft ended up wedged under the engine of the other on Tuesday evening, lifting it off the ground.

The Air Accidents Investigation Branch (AAIB) has been informed.

No-one was injured in the incident.

Loganair said in a statement: “A Loganair Embraer 145 regional jet, parked with no passengers or crew members aboard, was hit by a former Flybe Bombardier Q400 aircraft, which we understand was being prepared for departure after being stored at Aberdeen Airport.

“The nose of the Q400 impacted the rear starboard side of the Embraer, becoming lodged underneath and lifting the right main gear off the ground. 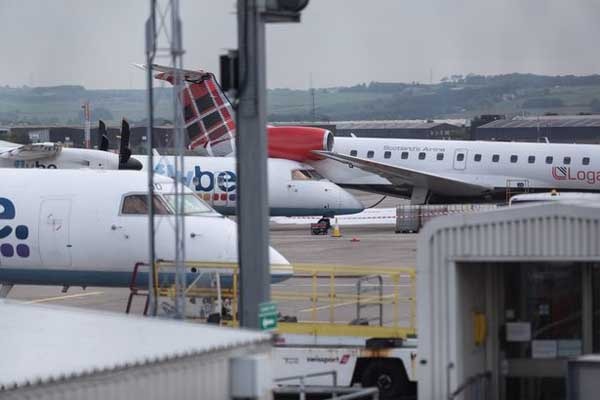 “The most important thing is that no-one was injured in the incident. Also, the crew working on the ex-Flybe aircraft is safe and well, yet understandably shaken.”

Aberdeen International Airport confirmed that the incident happened at about 18:00 on Tuesday.

The airport said in a statement: “The Air Accidents Investigation Branch is now carrying out an investigation.”

The AAIB added: “Following an incident at Aberdeen Airport the AAIB is making initial enquiries. At this stage, there is no further comment.” 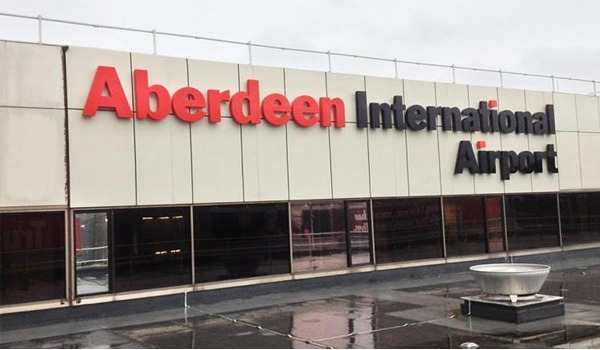