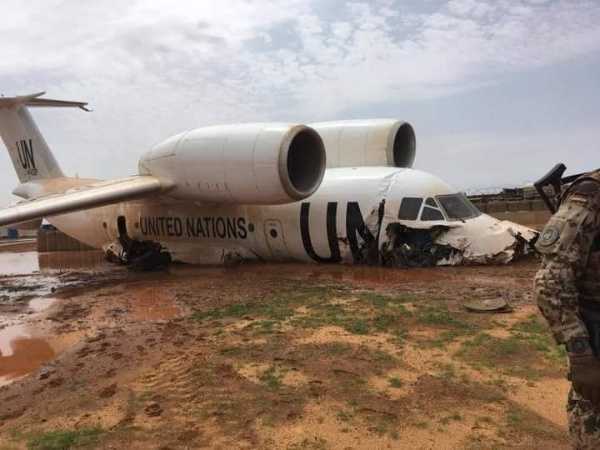 The United Nations “UN” Antonov An-72 cargo aircraft crashes on arrival at Gao airport in Mali.

The twenty-six year old aircraft was seriously damaged after running past the runway after landing.

The aircraft lost its landing gears while the nose and belly were substantially damaged during the incident.

A United Nations Antonov An-72 aircraft on Monday made a forced landing at Gao Airport, in northern Mali.

The United Nations Multidimensional Integrated Stabilization Mission in Mali (MINUSMA) confirmed in a press release that :

“A MINUSMA plane from Bamako with eleven people (four passengers, all United Nations personnel and seven crew members) on board, made a hard landing at Gao airport,” 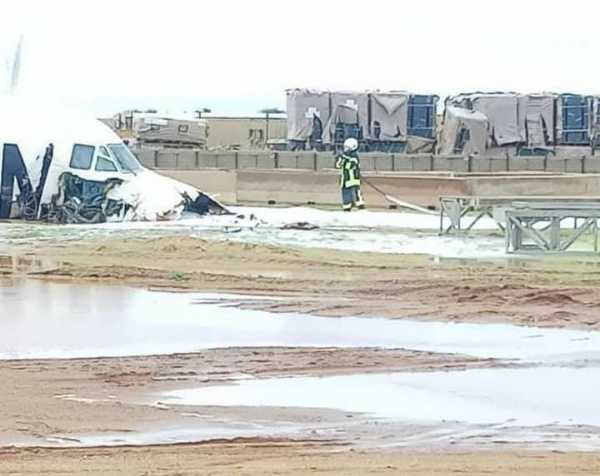 The release also reported that the pilot was seriously injured while ten others suffered minor injuries. 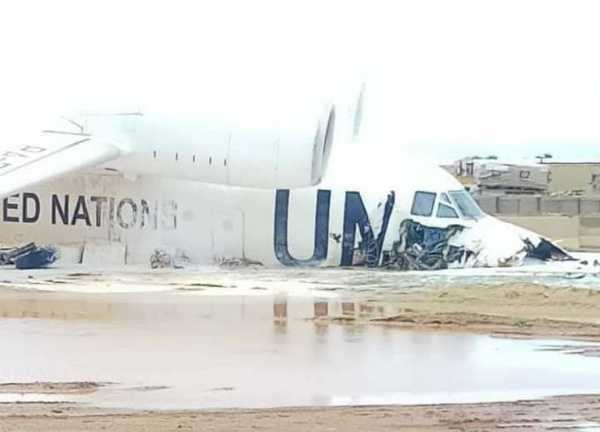 “The wounded were immediately evacuated to the medical structures of the International Forces and MINUSMA to receive adequate treatment,”

According to local news, the cargo plane went past the runway while landing at Gao before coming to a stop on soft ground.

The aircraft, with registration RA-74044, was performing flight UNO-52P from Bamako to Gao (Mali) with 4 passengers and 7 crew. 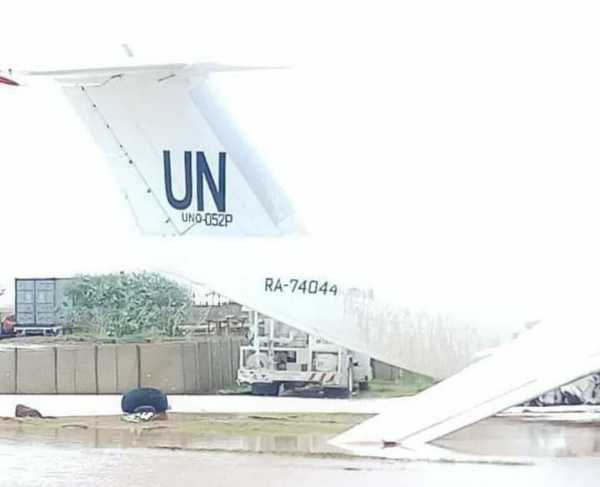 Images from the scene shows that the twenty-six year old aircraft was seriously damaged in the landing excursion. The nose and belly were substantially damaged. The aircraft also lost its landing gears during the incident.

The MINUSMA said that an investigation has been launched to determine the cause of this incident.

See The Cars That Ruled The Nigerian Highways In The 80s, Can You Name Them ? (Video)