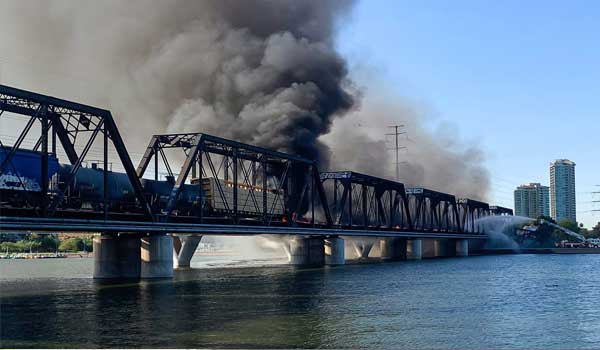 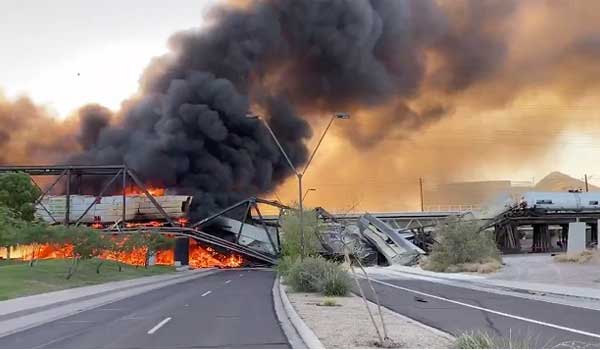 A freight train derailed and caught fire on a bridge in Arizona on Wednesday. There were no reports of injuries or fatalities from the incidence. Train derails

The accident near Phoenix took place at around 6:15 a.m. It prompted a massive fire visible for miles and sending some 100 firefighters, police and paramedics to the scene.

He said that the cars that burned for hours were carrying lumber. 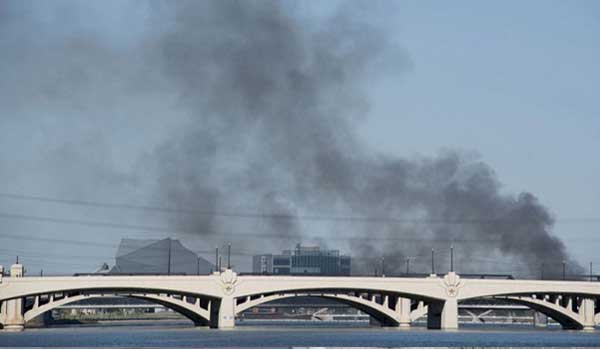 “The south side of the bridge collapsed and rail cars fell into an empty park below,” McMahan said, adding that the bridge had undergone inspection earlier this month.

He said there were no injuries among the crew but one person was treated for smoke inhalation.

McMahan said two of the three tank cars on the ground under the bridge contained cyclohexanone while the third contained a rubber material.

“None are reported leaking, and no tank cars were involved in the fire,” he said, adding that the cause of the derailment was under investigation. 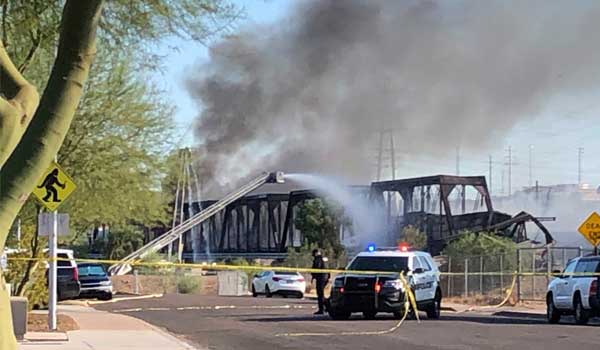 According to the National Center for Biotechnology Information, cyclohexanone is a colourless oily liquid with an odour resembling acetone and peppermint. The chemical is both flammable and an irritant and is mainly used for the production of nylon.

A local resident who was riding her bike under the bridge moments before the accident told local media she had the fright of her life.  Train derails

“Now there’s fire pouring into the lake from the middle of the bridge. … It looks like a scene from hell, truly,” Camille Kimball said on CBS 5. “A scene from hell. … The flames are intense and the sky is filled with black smoke.”