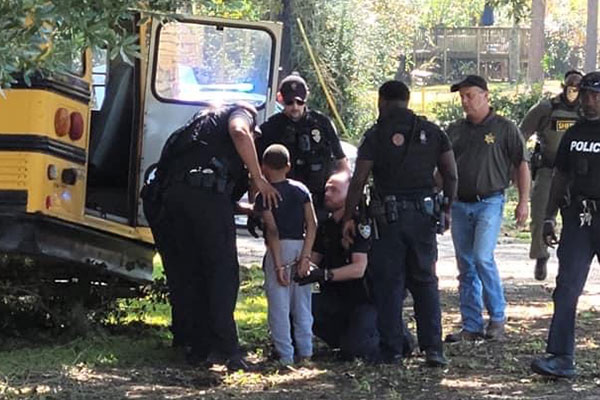 The Baton Rouge Police Department in Louisiana, has responded to reports of a stolen school bus being driven by a juvenile.

The 11-year-old allegedly took the bus from Progress Head Start where he got in the bus and figured out how to start it. BRPD says they believe it is a push to start.

Joy Gradney videoed the chase on her cell phone. She says she was not expecting such a young person to zoom past her. 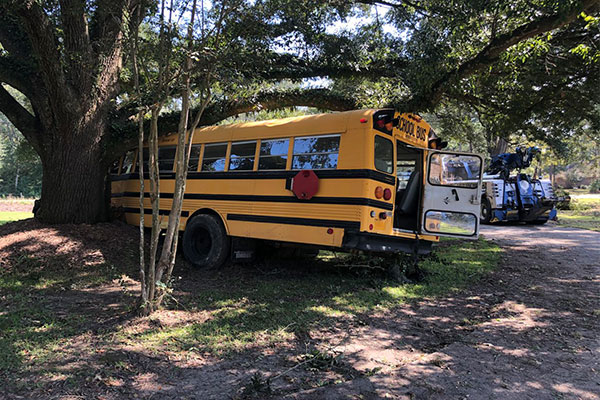 The juvenile was handcuffed after being taken off the bus. BRPD says the bus was stopped around 1700 Greenwell Springs Road when it crashed into a tree in Libby Smith’s front yard.

“I’m thinking what in the world is going on and my first thought is that it was a lot of kids on the bus. Thank goodness he was okay he was safe, but it was not your typical Sunday afternoon occurrence for sure. So, we’re blessed that it didn’t do any more damage than it did,” said Smith. 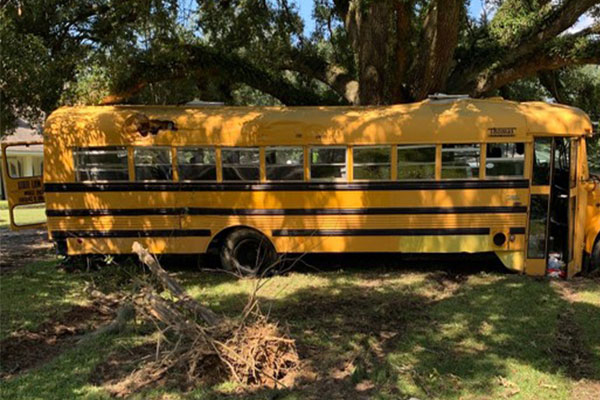 BRPD has charged the 11-year-old juvenile with theft of a motor vehicle, aggravated flight. The department also charged him with three counts of aggravated damage to property and aggravated assault.

Dozens of police officers were in pursuit of the stolen school bus that is believed to have been a juvenile driving it.

One witness said the bus and the line of pursuing police cars passed him along Government Street in Baton Rouge.

A BRPD spokesman said the chase began around 10:45 a.m. He has crossed multiple portions of the city Scenic Highway, Airline Highway and Greenwell Springs Road.

Officials state they are unsure where the child got the bus. 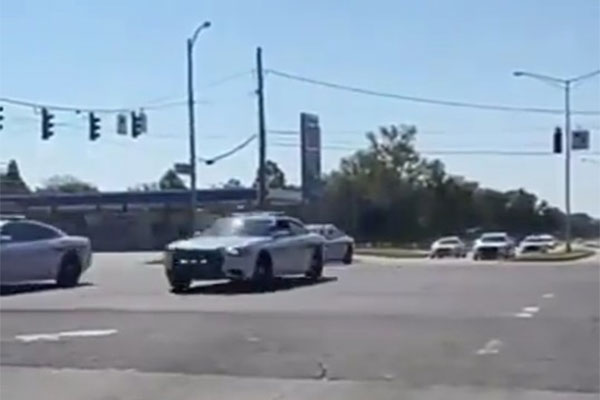