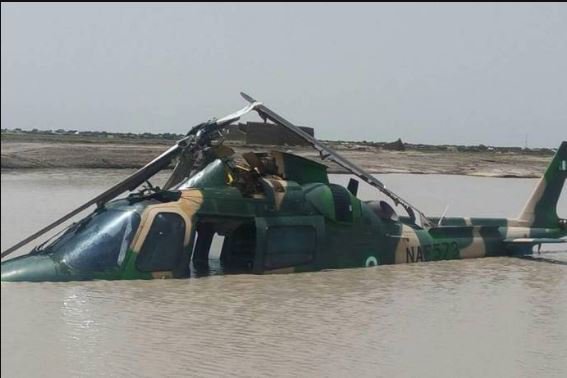 The accident occurred around 3.30 pm.

According to a  statement by NAF’s spokesman, Air Commodore Ibikunle Daramola, the incident occurred at the Katsina Airport.

“However, there was no loss of life, either of persons on board the helicopter or on the ground,” he said.

Daramola said that the Chief of Air Staff (CAS), Air Marshal Sadique Abubakar, immediately directed the constitution of a Board of Inquiry to determine the exact cause of the incident.

“NAF continues to solicit the understanding and support of the general public as it daily strives to ensure the security of Nigeria and Nigerians,” said the NAF spokesman.