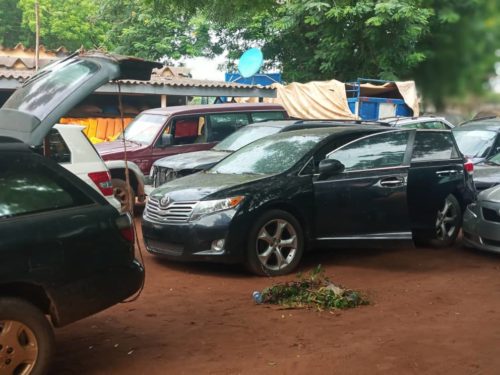 The Nigeria Customs Service (NCS), Ogun Area Command, says it has generated N1.131 billion revenue for the month of May.

Briefing newsmen on Tuesday at the Command Operational Headquarter at Idi–Iroko, the Area Controller, Michael Agbara said, with the amount, the command surpassed its monthly target of N643.4 million by N488.3million.

Agbara also disclosed that the command made 103 seizures, including 38 units of vehicles, 7,030 bags of rice and 372 kegs of vegetable oil.

According to him, the command’s anti–smuggling activities also led to the confiscation of 411 kegs of premium motor spirit; 3 units of motorcycles; 1,835 pairs of new and 264 pairs of used foot wears.

Agbara said the command had suppressed smuggling activities in the state and pruned down the number of checkpoints along the Idi–Iroko.