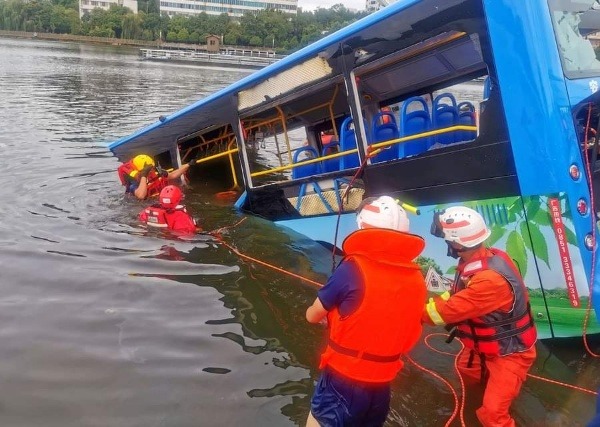 A blue BRT bus plunges into lake in China, killing 21 and injuring 15 other people on Tuesday.

According to reports, the No 2 bus normally stops by the city’s No 3, No 5 and No 9 middle schools.

Twenty-one people have died and 15 others injured after a BRT bus crashed into a lake in Anshun city in Guizhou province on Tuesday. The injured are currently receiving treatments at the hospital.

According to reports, the No 2 bus crashed through the guardrail and plunged into the Hongshan Lake at around 12:30 pm on Tuesday. 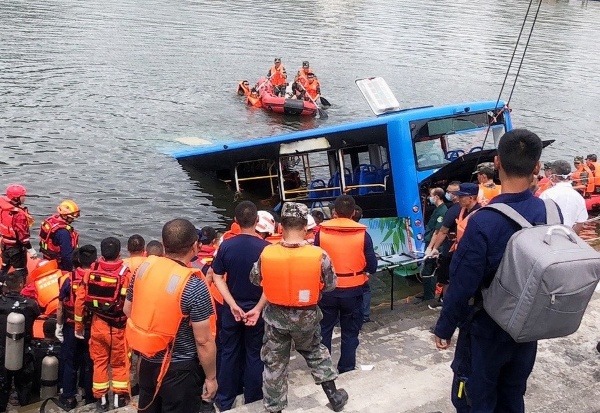 Rescue workers from the local fire department swang into acton seconds after the incident to rescue passengers on the bus. 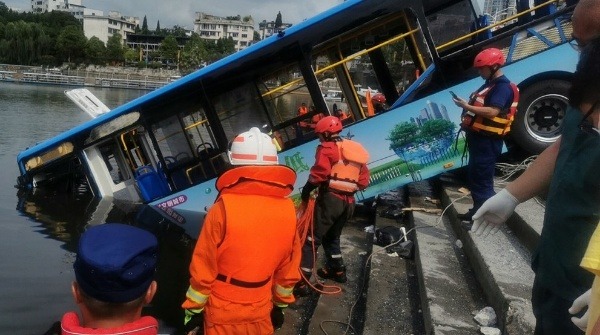 At least 19 fire trucks, 21 rubber boats and 97 rescuers, including 17 divers, were part of the rescue team.

The bus has been pulled out of the lake while rescuers are still searching for other passengers.

According to local news, students who were scheduled to take the national college entrance exams on Tuesday and Wednesday were among the passengers. 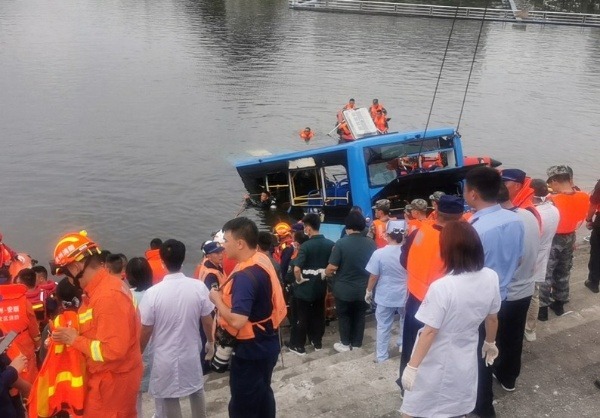 The No 2 bus is an urban bus that stops by the city’s No 3, No 5 and No 9 middle schools. The stop “Hongshan Reservoir”, where the accident happened, is a stop located in the middle of the route.

Government are investigating the cause of the accident.