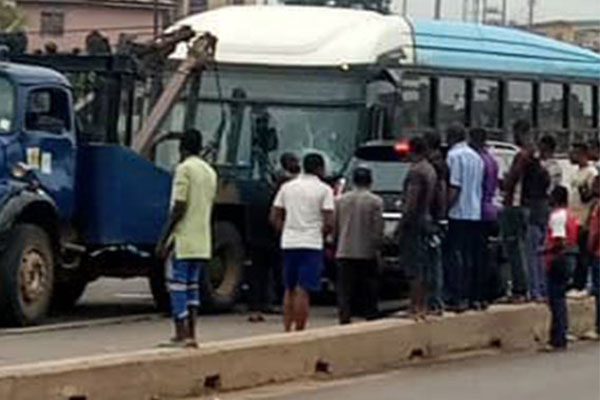 A BRT bus has crushed two Lagosians to death. The accident occurred at Abdul Moruf, close to Pleasure, between Iyana Ipaja and Ile Epo. Reports had it that the two Lagosians were on a bike.

According to an eyewitness report, a bike man and his passenger commuted along the newly constructed BRT express lane and was met with an untimely death as a result of a collision with a BRT bus.

This incident enraged other bike men. Hence, it led to a hasty attack on the BRT. However, the police came to control the situation.

Prior to this incident, the government of Lagos State had banned the use of bikes in the state. However, this new rule has not been completely adhered to as some bikes still ply the roads, and the people of Lagos patronize them. Consequently, bikes caught on the road were also seized. However, these defaulters have found a way of getting their bikes back.

Not quite long ago, another BRT bus crushed a businessman, Ahmed Sulaiman, to death. It happened at Owode Onirin area of Lagos State. This sparked a protest by a mob consisting of traders at the Owode Onirin Market.

BRT drivers plying the area reportedly stopped operation and parked their vehicles at a safe distance. This, they did to protect the vehicles in order to avoid the vandalization of their buses by the angry protestants. 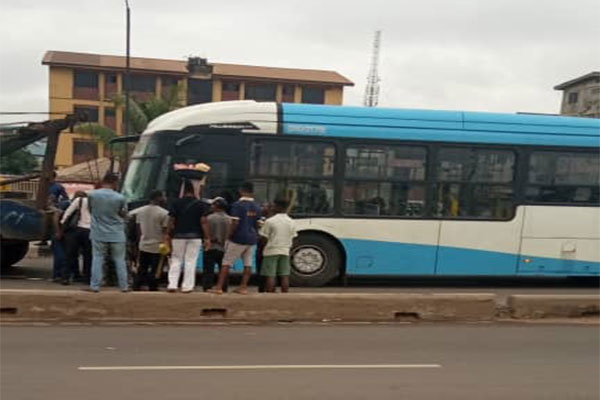