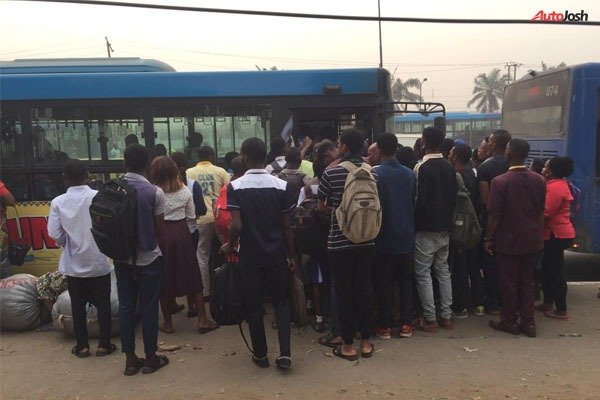 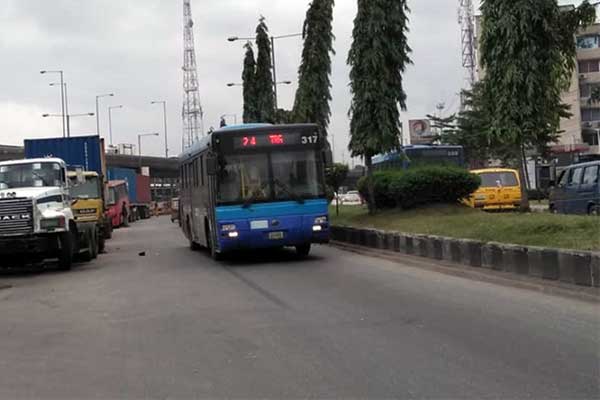 A businessman, Ahmed Sulaiman, has been crushed to death by a Bus Rapid Transit vehicle in Lagos. The incidence occurred in the Owode Onirin area of Lagos State.

It was gathered that the businessman had attempted to cross the BRT lane when the driver, Lekan Anifowose, who was conveying passengers inward Mile 12, hit him.

It was learnt that a mob, consisting of traders at the Owode Onirin Market, took to the road to protest against the death.
BRT drivers plying the area reportedly stopped operation and parked their vehicles at a safe distance to protect the vehicles from being vandalised by the mob.

A passenger, Riliwan Olaribigbe said that vehicular movement on the BRT lane was delayed for hours due to the incident, adding that it took the intervention of some naval ratings to restore normalcy in the area.

He said, “There was an accident at Owode Onirin that resulted in a loss of life. What I gathered was that a BRT bus killed one of the people at Owode Onirin and over 40 BRT buses, including those going to Ikorodu and Lagos, were delayed to avoid destruction by the people in the area.

“We spent over one hour on a spot. While we were being delayed, the management of the BRT addressed us on the issue. By the time we got to Owode Onirin, I saw about five naval ratings directing vehicular movement. This was after restoring normalcy in the area.”

The Chief Security Officer of Primero Transport Services Limited, the franchise holder of the BRT vehicles, Cletus Okodolor, while commiserating with the victim’s family, said the driver and the bus were in police custody.

He said, “The victim worked at Owode Onirin Market. He was trying to cross our corridor but did not properly check the road. The busman going inward Mile 12 could not avoid him and knocked him down; he died on the spot.

“His colleagues in the market all came out in anger, so the busman abandoned the bus and ran away. We quickly informed the Owode Police Station. It was then that policemen were mobilised to the scene to prevent the situation from getting out of hand. We also invited some naval ratings at Ogolonto to back up the efforts of the policemen. After about one hour, the situation was brought under control.

“The deceased’s family took his corpse away, but the bus and the driver are in police custody.”