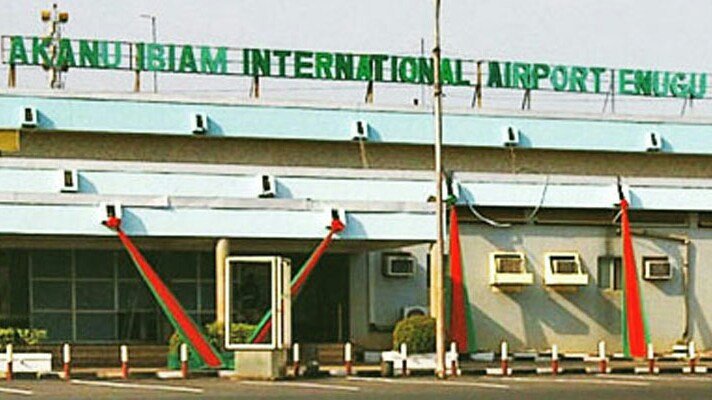 The Federal Government has commenced move to rehabilitate the Akanu Ibiam International Airport (AIIA), Enugu with plan to demolish illegal structures standing on the runway path.

As part of the planned rehabilitation, there are indications that the runway of the airport may be shut down temporarily as done in Nnamdi Azikiwe International Airport (NAIA), Abuja last year.

Also, to make the airport operational at night, the government has procured Instrument Landing System (ILS) and airfield lighting system which would be installed once the right of way is acquired.

This emerged when a team of the Nigerian Civil Aviation Authority (NCAA) and the Federal Airports Authority of Nigeria (FAAN) inspected the airport designated as one of the international airports in the country on Wednesday.

The inspection was coming few days after the Southeast Governors cried out to the Federal Government to intervene in the airport.

Though the Director-General of NCAA, Capt. Mukhtar Usman said the runway is still in good shape and meets international safety requirements, he explained that there is the need to improve the landing and riding quality of aircraft on the runway.

He said, “We came here by air and we landed except for the landing quality, there is a lot that can be done to improve on the riding quality of the runway and it is because of those failures that you see in some areas. Plans are on the way to carry out similar works that took place in Abuja runway to ensure longer life, better riding quality for the runway. We have some international flights coming to Enugu, some are three times a week.

The acting Managing Director of FAAN, Engr. Salisu Daura while giving insight on the planned installation of the ILS and airfield lighting system said a clear distance of one kilometre was required to carry out the installation.

During the inspection, the team visited Orie Emene market and Methodist Church Nigeria Central School in Emene which are parts of the structures that might have to give way for the installation of the improved landing system.

Daura, who is also the Director of Engineering of FAAN, said many structures and buildings would have to be demolished “because we only have 420 meters instead of the one kilometre we need.”

“Safety is very paramount in aviation. You can’t have aircraft hovering so low over a populated area. Definitely certain structures must go”, he said.

The aviation authorities are however soliciting for the cooperation of the state government to fast-track the acquisition of the right of way to be able to install the equipment.

According to the DG of NCAA, acquiring the right of way is not within the purview of the Federal Government as “it is completely under the control of the state”.

He however said talks are ongoing at the highest levels in aviation and the state to address the right of way and other germane issues critical to improving the state of the airport.

Dino Melaye Shows Off His Mclaren MP14, And Other Cars, In His Rich Garage (Photo)