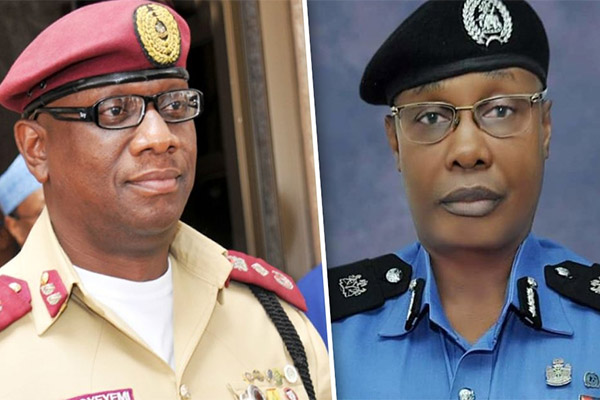 The partnership and collaboration became necessary due to the overlapping function of the Corps and the police. 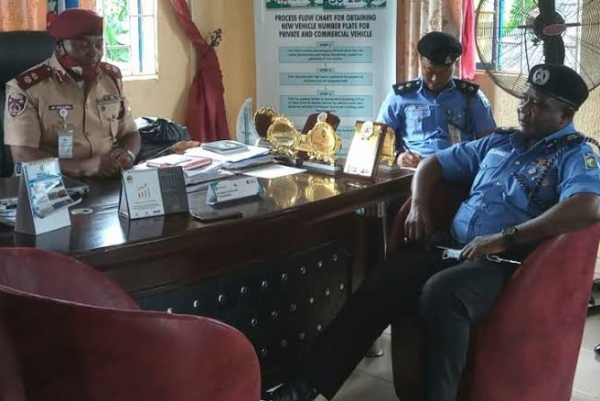 The Federal Road Safety Corps (FRSC) has sought partnership with the Nigerian Police on traffic control, security, and other enforcement activities within Enugu.

The FRSC sector commander in Enugu, Joseph Udoabba, made the call while receiving the new police commissioner, Lawal Abubakar, who paid him a familiarisation visit.

Mr. Udoabba noted that the partnership and collaboration became necessary due to the overlapping function of the corps and the police.

“We know that there exist overlapping functions between the two sister enforcement agencies. however, we can positively harness this development to achieve our goals and mandates easier and efficiently.”

Mr. Udoabba specifically mentioned the issue of traffic control as well as using the National Vehicle Identification Scheme, domicile in the corps, to check vehicle theft in the state.

“We have to collaborate on the issues of drivers getting valid drivers’ licenses and number plates, among others to ensure more money for the government for developmental purposes,” he added.

Mr. Abubakar explained that the command wanted to reach out and see how best to work with the FRSC command to ensure the free flow of traffic in Enugu.

“Traffic control is a major part of security. Since hoodlums can cash in on negative traffic situations to perpetrate crime and mayhem anywhere,” said the police chief.

The commissioner also stated that the command would explore other avenues to ensure no security breaches across the state.

“With good cooperation and synergy, we can solve so many issues and nip crime in the bud before it degenerates or escalates within the state,” he added.

Nigeria To Commence Manufacturing Of Airplanes In 2023, As FG Partners Hungarian Company