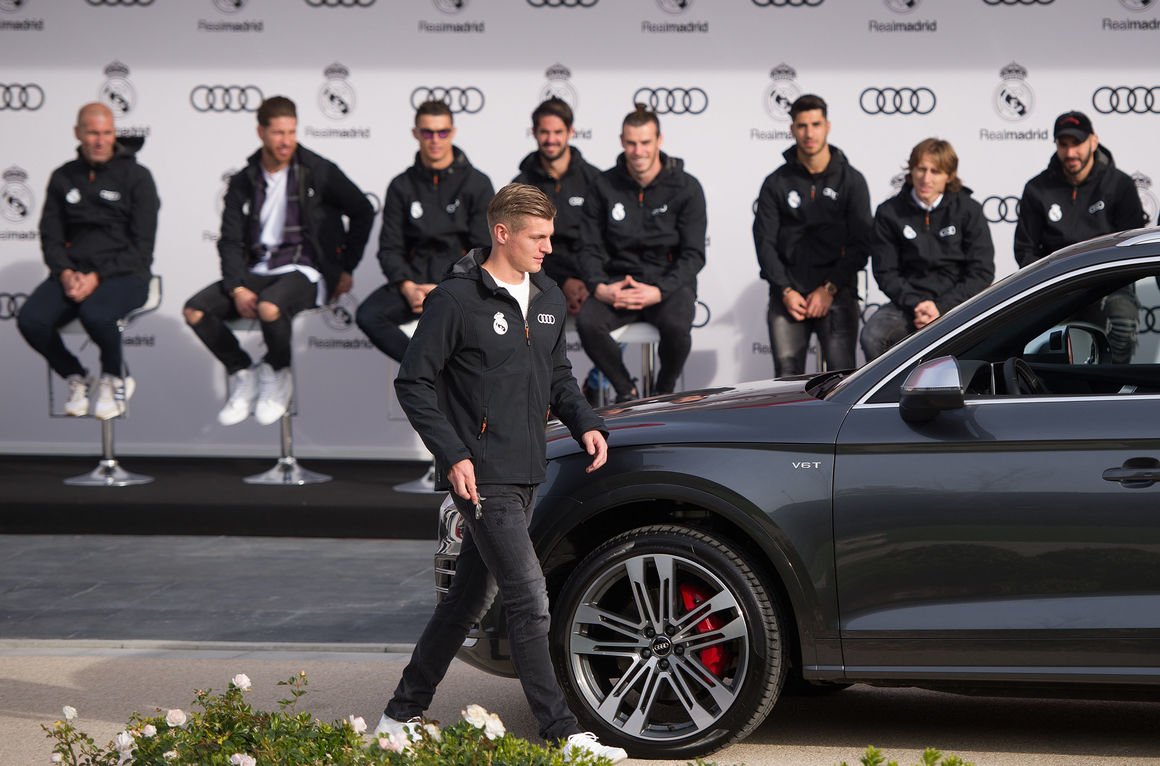 Audi, the company with the four-ring logo joined forces with the hugely popular soccer team back in 2003 and since then it has been providing its talented players with the latest models every year.

Audi Q7 was the favourite car among the stars as about 14 players decided to go with the large luxury SUV, with some choosing the more special versions such as the E-Tron Quattro and the torquetastic SQ7 TDI.

The most affordable car on the list would have to be a Glacier White S5 Coupe selected by Marco Asensio whereas the most expensive is an Ibis White R8 Spyder chosen by none other than Sergio Ramos.

Oddly enough, Audi’s new A8 flagship is not among the company cars of Real Madrid’s players. The recently introduced A7 Sportback isn’t either, though that makes sense considering production hasn’t even started yet.

A little over a month ago, Audi organized a similar event at home in Ingolstadt, Germany where FC Bayern München players got their new cars. The RS6 Avant proved to be the most popular choice with five players deciding to go with the fast wagon, while the Q7 came in second place together with its SQ7 derivative.

Which Audi would you have picked?

11 Very Useful Car Accessories You Need When Traveling This Season