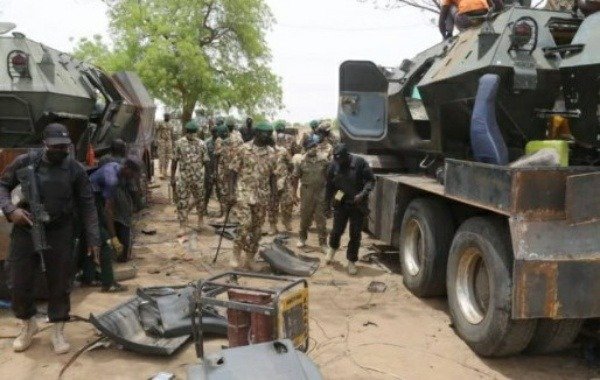 Pictures shows how the Combat Vehicles are made.

Buratai’s visit comes barely a week after a trending video shows soldiers cursing the COAS cos’ of the badly built combat vehicles. 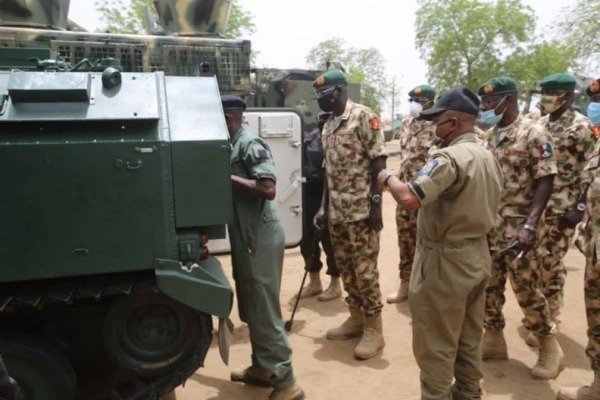 The Chief of Army Staff, Lt.-Gen. Tukur Buratai has visited the 107 Division Equipment Support in Borno state to inspect the ongoing construction and repairs/overhaul of combat vehicles.

This was revealed by the Acting Director, Army Public Relations, Col. Sagir Musa, in a statement on Saturday. 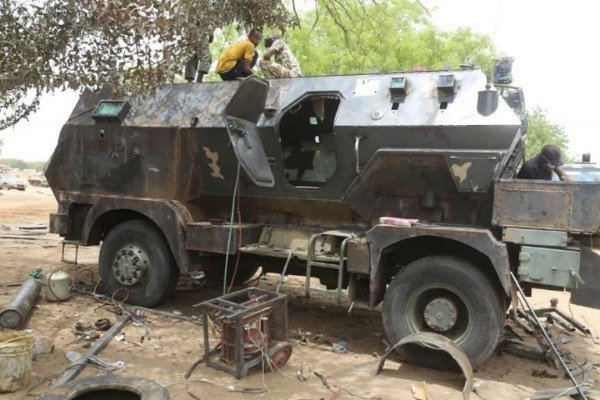 Musa said the construction work and repairs are being carried out at the 107 Division Equipment Support in Maimalari Barracks, Maiduguri.

He also revealed that the COAS has been leading the fight against terrorism in the North East Theatre of Operation since April of this year. 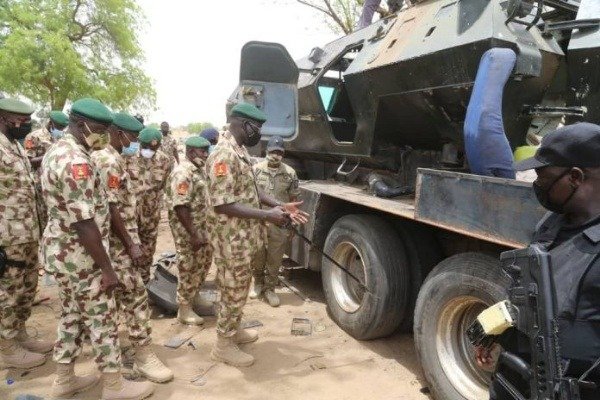 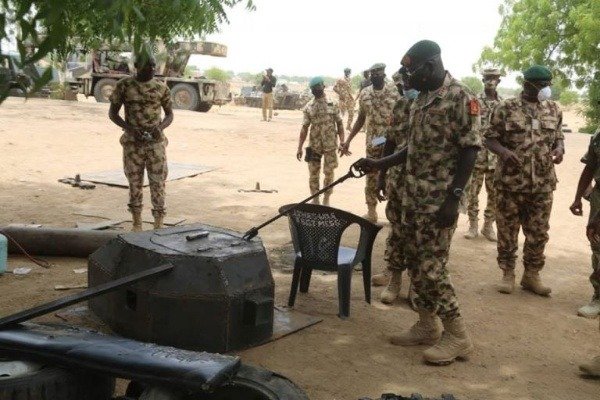 He added that Buratai was accompanied by the Chief of Training and Operations (Army); Theatre Commander Operation LAFIYA DOLE, Chief of Logistics (Army); Chief of Military Intelligence and Acting General Officer Commanding 7 Division among others.

The combat vehicles include the Armoured Personnel Carriers (APC) and the Mine Resistant Anti-ambush Protected Vehicles (MRAPs). They are manufactured locally by Army Engineers in Maiduguri. 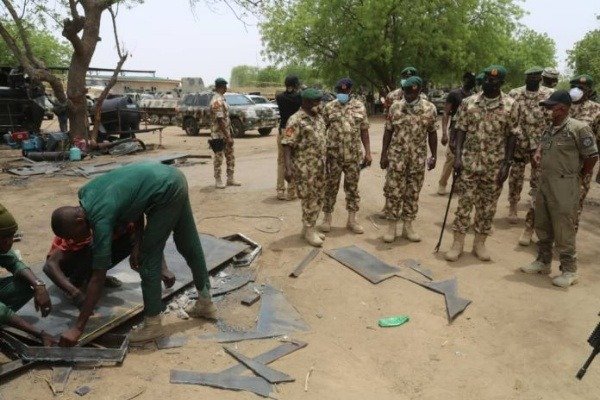 Buratai during the inspection of construction of combat vehicles in Maiduguri.

Buratai’s visit comes barely a week after a trending video surfaced online showing soldiers cursing out the COAS cos’ of the alleged badly built combat vehicles.

In the video, a Mine Resistant Anti-ambush Protected Vehicles (MRAPs), specially designed to withstand improvised explosive device (IED) attacks and ambushes, was captured going up in flames.

From Popemobile To Beetle, Checkout The Cars Used By Olusegun Obasanjo As Nigeria’s Head Of State And President