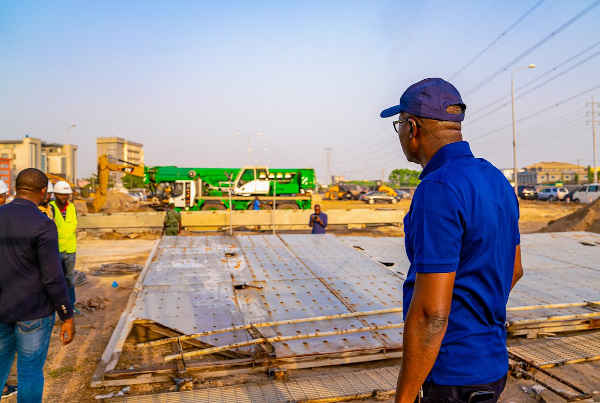 This is part of steps towards developing the first-class infrastructure to support the State’s growing population.

Meanwhile, this is happening as repair and sectional rehabilitation works being carried out on more than 354 roads in various part of the State.

Engr. Aramide Adeyoye, Special Adviser to the Governor on Works and Infrastructure, announced this. She said this at the recent Ministerial Press Briefing to commemorate the one year in office of Governor Babajide Sanwo-Olu.

According to her, the newly commissioned roads include a network of 31 roads in Ojokoro LCDA. It also includes the completed Aradagun-Imeke-Ajido-Iworo-Epeme road (Phase II) in Badagry, Fadipe/Salami/Eyiowuawi/Odubanjo road in Shomolu and Akinwunmi road in Mushin.

The Special Adviser further revealed that the project was planned to be executed in 3 segments.  The first segment is 1. 2km spanning from Ebute to Igbogbo.

She explained that the reconstruction and upgrade of Igbogbo – Bola Ahmed Tinubu – Igbe Road, in Ikorodu is also in progress. The road according to her is a major strategic access to several developing communities within Ikorodu axis.

Speaking further, the Special Adviser said in the reaffirmation of the current administration’s commitment to promoting Inter-modal transportation and tourism in Badagry, has completed the construction of Iworo-Ajido and Epeme roads phases 1 and 2.

She said: “The 6.65km 2-lane single carriageway with a 300m bridge of 9m width was handled by CCECC. It will be ready for commissioning very soon”.

She said that the list of the roads under rehabilitation and upgrading are Ijede and Oniru network of roads. This, according to her, would open up many communities in the state.

The road upon completion would serve as an alternative to the Lekki-Epe Expressway, which is already very congested and is at present the only road serving the Lekki sub-region which connects directly to the Osborne/Third Mainland Bridge Corridor.

Adeyoye maintained that the government came on board when the State roads were in bad shape stressing that the administration had carried out palliative work on over 160 failed portions of roads across the state to alleviate the sufferings of the people.

COAS Buratai Inspects Construction Of Combat Vehicles In Maiduguri, See How They Are Made