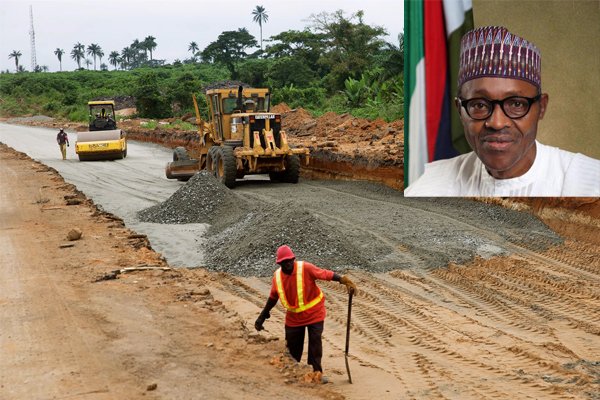 524 Roads And Bridges That Buhari Is Constructing In Nigeria

The Minister of Works and Housing, Babatunde Fashola, recently revealed that the Buhari administration is currently undertaking 524 road and bridge construction projects across the country.

Fashola made the revelation while updating the Federal Executive Council (FEC) on the ongoing road and bridge construction/rehabilitation projects nationwide.

The Minister also revealed that every State in the Federation including the FCT has at least three such ongoing projects.

According to him, 80 of them as priority projects scheduled for completion in the 2020-2021 fiscal year. They were prioritized to enhance ease of doing business in the locations.

Listed as priority projects include 27 financed with Sovereign SUKUK Fund. Another 47 projects were scheduled for substantial completion in 2020/2021 and other priority projects, two roads leading to the ports and four major bridges.

Fashola also noted that Federal roads and bridges (categorized from A1 to A9) are major arterial routes that connect all states in Nigeria including the Federal Capital Territory. He adding that the routes and bridges linked cities with high economic activities and carried the majority of Heavy Goods Vehicles which gradually dispersed through the link routes to different parts of the country.

The list of the projects was released by the Minister Of Works and Housing. The brief also provided a detailed record of ongoing road and bridge projects in the 36 states of the Federation and the Federal Capital Territory.

Below are some of the  construction projects – roads and bridges – across the country as listed by the Minister:

According to the Fashola, some of the prioritized road projects being funded through the Sovereign SUKUK Fund, include:

Some of the projects scheduled for substantial completion in 2020/2021 and other priority projects, according to the Minister, include:

The four bridges under the priority projects are:

33.  Completion of construction of Chanchangi Bridge along Takum-Wukari Road in Taraba State

35.  The emergency rehabilitation/maintenance of Third Mainland Bridge in Lagos

36.  The construction of Agaie-Katcha-Barro Road in Niger State

37.   Construction of Baro Port to Gulu Town in Niger State.

Gov. Obaseki Is Revolutionizing How Levies Are Collected From Commercial Motorists

Court Has Empowered Us To Fine Motorists – FRSC