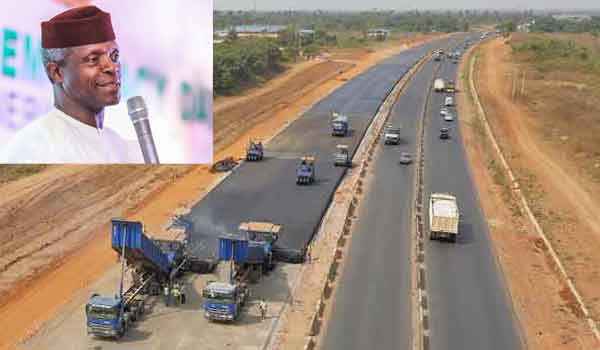 The Federal Government (FG) on Thursday said it is committing $1bn on three flagship road projects in Nigeria.

It said this was one of the selected interventions of government to boost the economy.

The Vice President, Prof. Yemi Osinbajo, made the disclosure at the official opening of the 51st Annual Conference of the Nigerian Institution of Estate Surveyors and Valuers in Abuja. 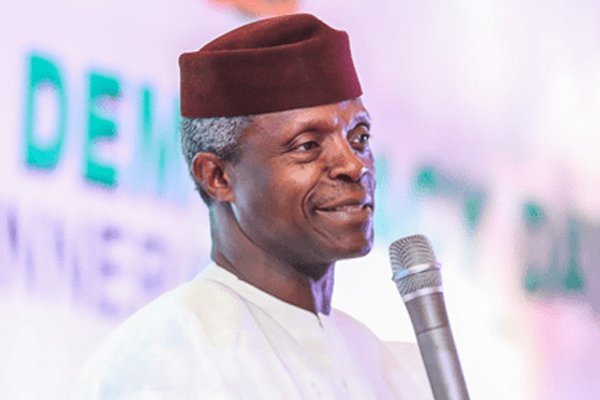 Osinbajo who was represented by the Minister of State for Works and Housing, Abubakar Aliyu, identified the projects as the Lagos-Ibadan Expressway, Second Niger Bridge, and Abuja-Kaduna-Zaria-Kano Expressway.

“The government also approved Executive Order 7, which essentially mobilises private investment through a tax credit scheme to encourage the private sector to invest in road construction for tax rebates,” he added.

“Similarly, the implementation of the Highway Development and Management Initiative is ongoing. This is a PPP (public-private partnership) programme to mobilise at first over a trillion naira in private investment for the development and maintenance of 1,963km of 12 roads.”

On his part, the Minister of Works and Housing, Babatunde Fashola, said the development of critical infrastructures such as the provision and maintenance of new roads and bridges, airports, rail infrastructure, among others, had salutary impacts on the real estate sector. 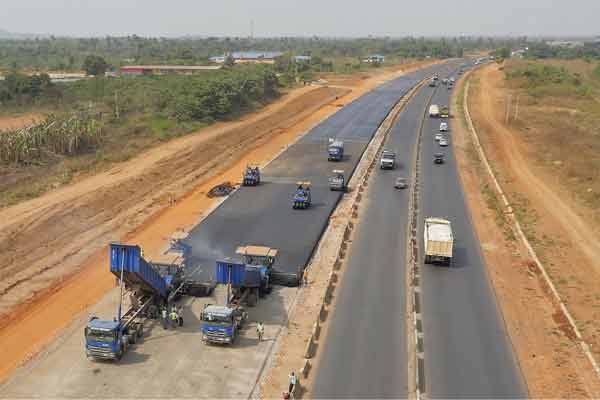 “It is therefore in the realisation of this fact that the Federal Government has taken deliberate steps to bridge our infrastructural deficit, which is estimated to be in excess of N15tn,” the minister, who was represented by an official of his ministry, Aisha Mohammed stated.

Fashola said: “Between July 2018 and May 2021, the Federal Ministry of Works and Housing has processed and issued 4,628 Certificates-of-Occupancy and 2,230 consents to secondary land transactions.”

Earlier, the President and Chairman of Council, NIESV, Okas Wike, called for improvement in the security situation across the country, stressing that this was having a severe negative impact on the real estate sector.