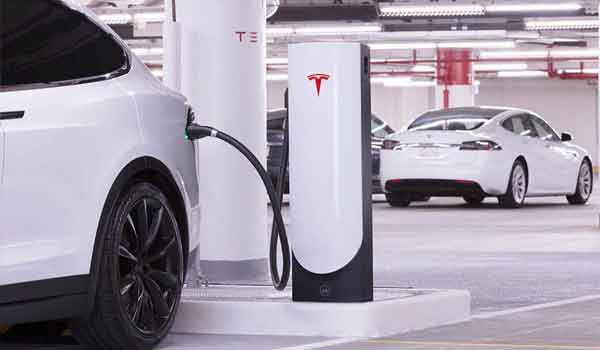 A Tesla driver is suing the automaker, claiming the company broke its promise to provide free supercharging for life.

The customer says Tesla charges a fee to customers who leave their car at the charging station “too long,” Bloomberg reported.

The customer, Kevin Shenkman, sued Tesla in California state court in Alameda County (the county has jurisdiction over Tesla’s Fremont plant) and is seeking to represent all Tesla early adopters to get their money as well as win punitive damages. The suit also seeks to stop Tesla from charging the fees.

Tesla started charging to use its Supercharger network in 2017, but those who bought vehicles from 2012 to 2016 were exempt.

The complaint says that to convince early customers to buy its EVs, Tesla promised them free Supercharging for life. However, to deal with congestion at the Supercharging stations, Tesla imposed a fee on customers who didn’t return to their vehicles almost immediately after they had been charged.

“To compound the matter, when a customer, such as plaintiff, who has been promised free Supercharging for life, refuses to pay such ‘Supercharger fees,’ Tesla cuts off Supercharging access entirely, thus disabling a feature for which customers paid thousands of dollars extra to obtain,” Shenkman told Bloomberg.

Tesla is no stranger to tussles with the county. In May 2020, Tesla sued Alameda County, claiming that even though the state was beginning to lift social distancing orders the county wouldn’t let Tesla resume production.

“Contrary to the governor’s recent guidance and support from the city of Fremont, Alameda County is insisting we should not resume operations,” Tesla said at the time. “This is not for lack of trying or transparency since we have met with and collaborated on our restart plans with the Alameda County Health Care Services Agency. Unfortunately, the County Public Health Officer who is making these decisions has not returned our calls or emails.”