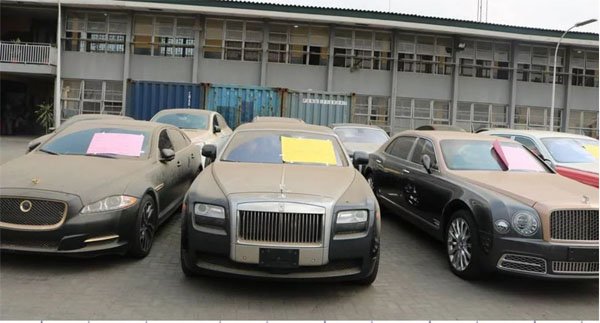 The last has not been heard of the luxury cars seized from some high-networth Nigerians.

The Comptroller Federal operations unit, Zone A, Ikeja Lagos, Comptroller Mohammed Uba recently presented to the media some luxury cars seized from some Nigerians that evaded the payment of the Duty Paid Value for their luxury cars.

He also said that some of the vehicles were intercepted along Ijebu Ode Expressway, while others were seized at various locations such as Victoria Island, Parkview Estate, Banana Island, Alhaji Bankole Crescent Ikeja and Tola Adewunmi Street Maryland.

The Custom Comptroller also called on the owners of the vehicles to come forward with valid Customs clearance documents otherwise they will be liable to Seizure and subsequent Forfeiture to the Federal Government in-line with laws of the land.

All New Mercedes Sprinter 2018 Revealed With 1,700 Configurations For Any Job