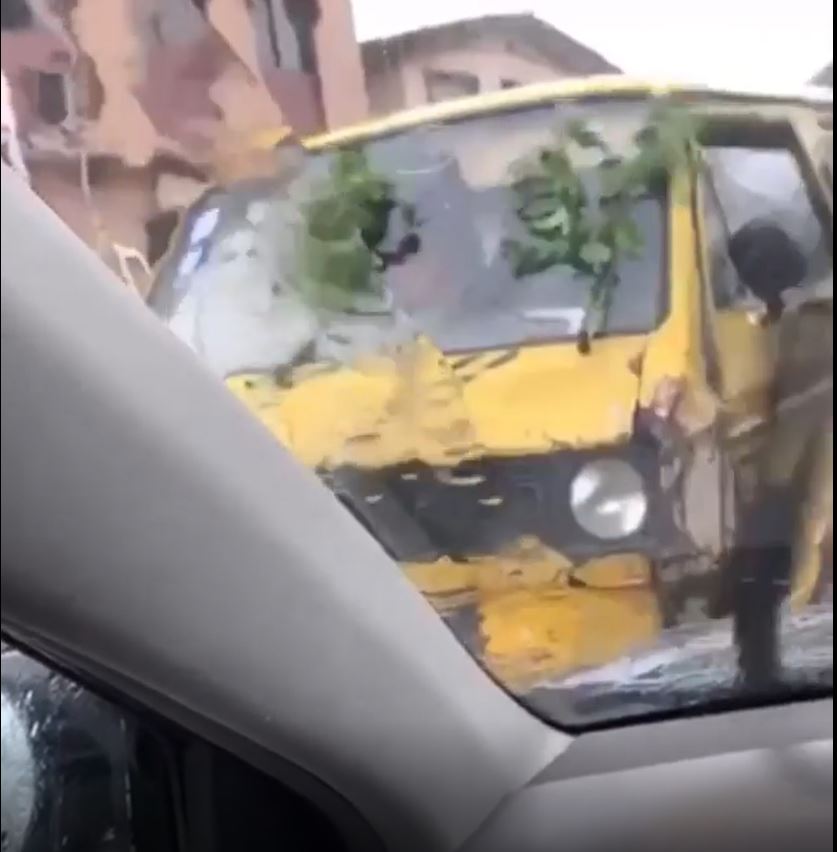 Commercial motorists in Lagos appear to be on a mission to outdo each other in the area of lawlessness. Danfo Driver

For instance, the video below captures how a Danfo driver improvised by using leaves as the windscreen wipers blades on his danfo.

The leaves are intended to create visibility for the danfo driver under the raining condition.

Currently, there exists a list of traffic offences and their penalties released by the Lagos State Government. Interestingly, there is no mention of a penalty for this sort of offence. See the list HERE.

During torrential rainfall and the attendant poor visibility, danfo passengers are left at the mercy of God. A windscreen wiper is a device used to remove rain, snow, ice, washer fluid, water, and/or debris from a vehicle’s front window. D

This is so the vehicle’s operator can better see what’s ahead of them. Almost all motor vehicles, including cars, trucks, buses, train locomotives, and watercraft with a cabin—and some aircraft—are equipped with one or more such wipers, which are usually a legal requirement.

A wiper generally consists of a metal arm; one end pivots, the other end has a long rubber blade attached to it.

Rain reduces visibility and traction as the roads become wet and slippery.

While driving under the rain, your stopping distance may become four or more times as long as on a dry road.