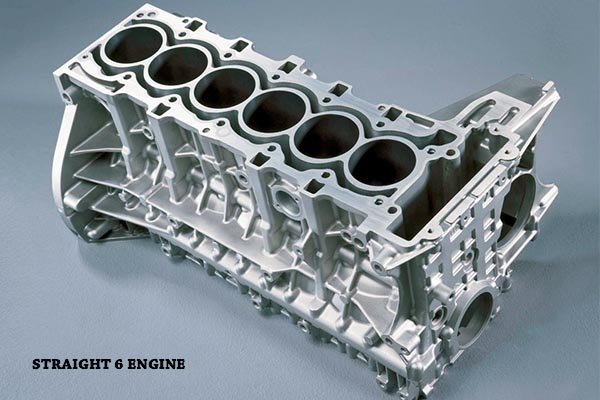 Today I found myself snooping around the auto section of Nairaland admiring pictures of my dream car the Mercedes S63 AMG while also sulking at my account balance. It costs just a “paltry” sum of 90 million Naira. While I was snooping around, I noticed some cars for sale, these cars straight from the manufacturers come with an inline 6 cylinder configuration but I noticed them being advertised for sale as V6 cylinder configurations. I couldn’t also help but laugh at the number of “V4” engines advertised, V4 engines exist but they are mostly found in motorcycles and outboard motors. Car manufacturers have stopped introducing V4 engines since the 60s. I have written about engine configurations in the past so you could check my past posts to get a clearer explanation of that subject matter.

A straight six engine is one which has all its cylinders lined up one after another all facing the same way. Due to this arrangement, there is practically no need for cylinder offset like in the V configuration and instead of using double the amount of smaller camshafts a straight six can use an overhead camshaft to open and close its valves. Gaining access to the engine components of the straight six engine is quite easy which makes the straight six an auto mechanics friend. The biggest advantage of the straight six, however, is its balance, due to its cylinder arrangement, reciprocating forces balance each other out which leads to a smooth revving engine. The disadvantage of the inline 6 cylinder is the fact that it’s very difficult to mount and it can’t be mounted sideways because there won’t be enough space for the transmission.

The biggest advantage of V6 engines is that they are compact, this makes it easy to mount and also easy to add other components like turbochargers. V6 engines, unlike their inline 6 brothers, need balancing shafts to counter the force produced during motion. Without this balancing shaft, large vibrations will travel through the engine and offset the efficiency of the engine reciprocation. The engine balance is then worsened as displacement increases. The counterweight and other components added to the V6 increases its manufacturing costs and a specialised mechanic is always needed due to the complexities of the V6 engine.

Even though the disadvantages of the V6 outweighs its advantages, it is still the dominant engine being used by majority of auto manufacturers today. However, Mercedes is planning to bring back the straight six with its new inline six engine cylinder which is going to be used in the 2018 CLS. The straight six might not be dead yet.

This post is courtesy of chi spare parts, Nigeria’s number one online auto parts store and be sure to check out the video on car throttle as those guys did an excellent job with nice animations on the subject matter.