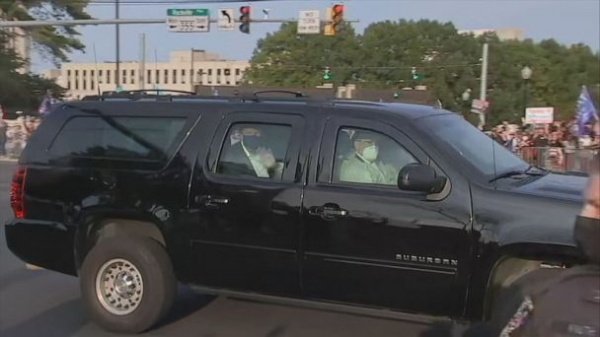 Sick Donald Trump briefly left hospital to joy ride past supporters outside hospital where he is being treated for Covid-19.

Doctors said “every single person in the vehicle during the unnecessary presidential ‘drive-by’ has to be quarantined for 14 days.”

Ever since Donald Trump was transferred by helicopter to the Walter Reed National Military Medical Center late on Friday, hundreds of his supporters have kept a vigil in front of the hospital’s gates to pray for his recovery.

To show his appreciation, Trump, still sick and infected with Covid-19 virus, in a surprise move on Sunday, left the hospital and took a quick joy ride past his supporters gathered outside the hospital. 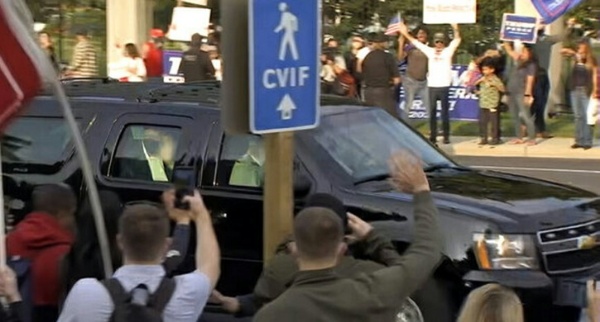 In a video posted online, mask wearing 74-year-old Trump was seen in a black bulletproof Chevrolet Suburban SUV  waving to his supporters who were waiting by the roadside outside the hospital. 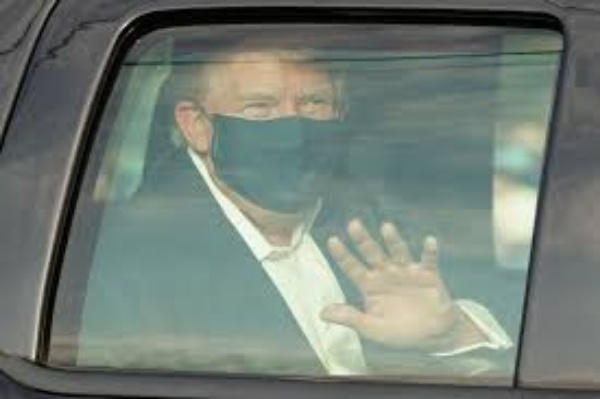 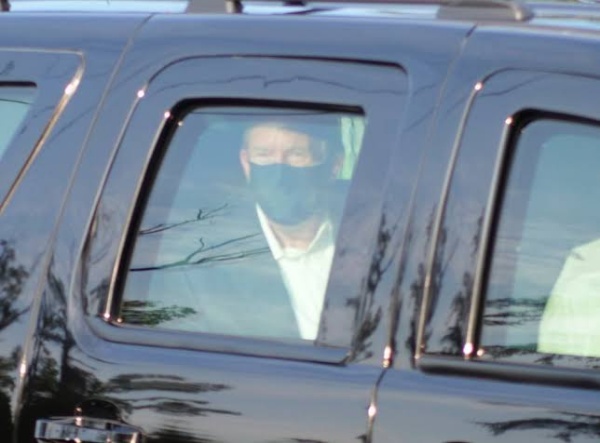 “Every single person in the vehicle during that completely unnecessary presidential ‘drive-by’ has to be quarantined for 14 days. They might get sick. They may die. For political theatre. Commanded by Trump to put their lives at risk for theatre. This is insanity,”

Donald Trump briefly left hospital to joy ride past supporters outside hospital where he is being treated for Covid-19.

Recall the entire fleet of armoured ‘Beast‘, Air Force One and Marine One has been grounded for a deep clean. This includes the “Marine One” Sikorsky helicopter used to transport Trump to the hospital.

Trump, in a video message from the hospital on Saturday, said he was beginning to feel better and hoped to “be back soon”.

Doctors also said Trump could be discharged as soon as Monday if he continues to improve.