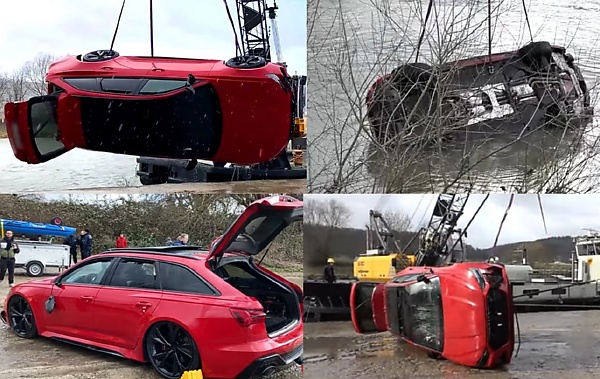 Driver escape through the Sunroof after he mistakenly reverses his Audi RS6 Avant into river.

He reportedly forgot to put it back into Drive after leaving it in parked in Reverse.

After hitting the throttle, the Audi accelerated backward and into the river. 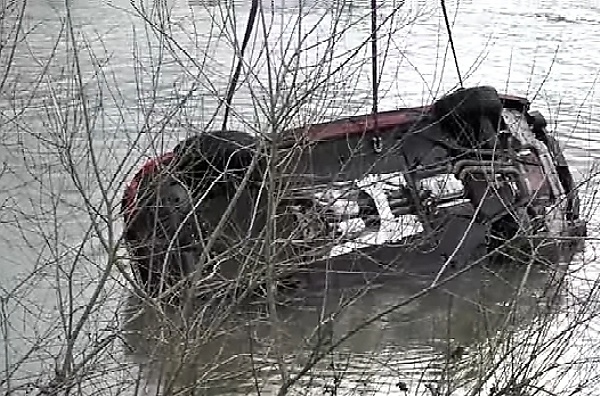 The driver of a new Audi RS6 Avant managed to escape through the sunroof of his vehicle after he accidentally drove it into the Neckar River in the German town of Gundelsheim on February 13.

The 37-year-old owner, who was able to swim safely to the riverbank, was treated with shock and slight hypothermia by emergency crews that was called to the scene. 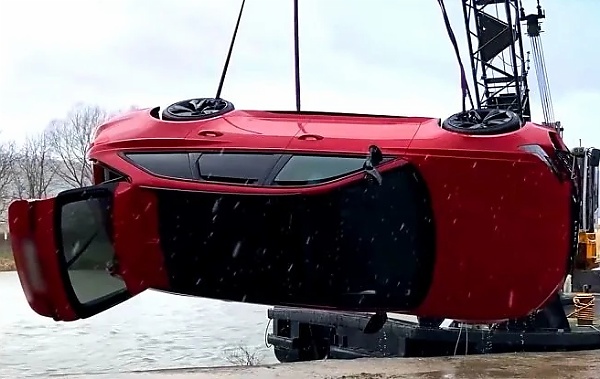 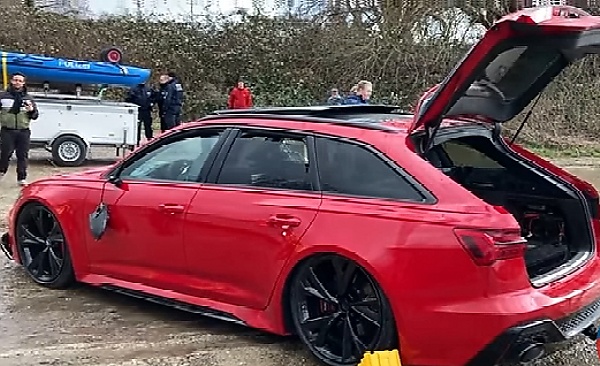 According to the driver, he left his car in Reverse after parking it next to the river to have a toilet break. He further revealed that he forgot to put it back into Drive after getting back into the car. After hitting the throttle, the Audi accelerated backward and into the river.

After spending about two days deep underwater, the Audi RS6 was finally pulled out from the river by the authorities. The RS6, according to reports, has been completely destroyed and will never return to the roads. 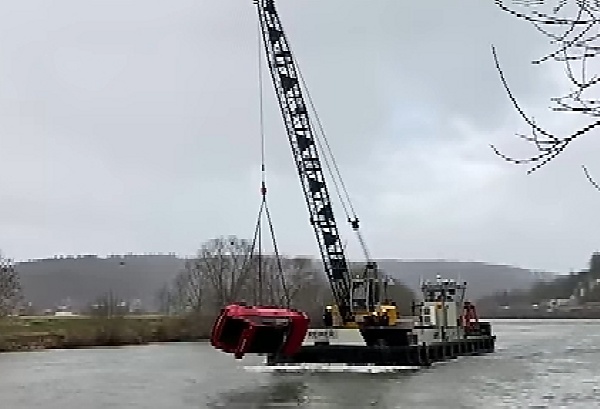 The rescue mission, which saw the deployment of several police officers, boats, and a sonar device, also led to the discovery of a number of other cars in the river.

Police spokesman Carsten Diemer said the department would start investigation on the cause of the incident to see whether the driver’s explanation was plausible.