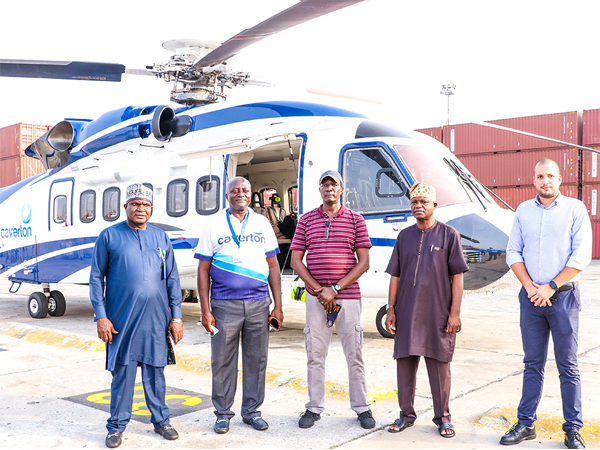 In line with the federal government’s efforts to improve the ease of doing business in the country, the largest commercial helicopter to be operated by a wholly indigenous company has been received by the Nigerian Ports Authority.

The helicopter was coupled last December inside the PTML terminal at the Tin Can Island port of Lagos.

The aircraft, a Sirkosky S-92, was acquired by Caverton Helicopters Nigeria Limited. It was later shipped from the United States of America.

The cargo arrived on board a vessel — the Grande Morocco — on December 19 at the PTML terminal in Lagos. 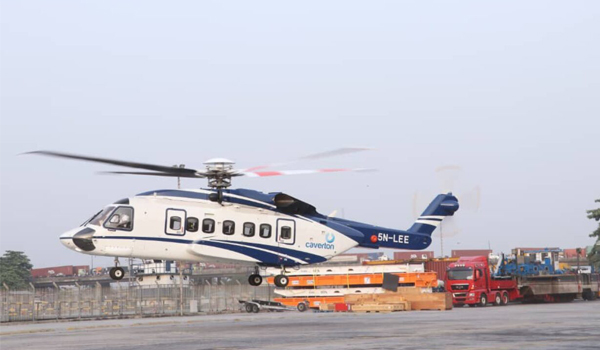 Speaking with journalists shortly before the take-off of the helicopter to Ikeja airport, Sani Amodu, chief engineer for Caverton Helicopters Nigeria Limited, said after getting the necessary approval, all the imported components were brought together and assembled right within the port.

“The helicopter was shipped from the United States to Lagos. But unfortunately because of the size, we could not take it out of the port to our facility. This is because of the safety aspect of it,” he said. Ease of doing business

“So, instead of taking it out and going through the risk of the road, we decided to couple it here. We followed all the safety precautions as recommended by both the Nigerian Civil Aviation Authority (NCAA). Together with safety recommendations by the Nigerian Ports Authority (NPA).

“We are very pleased with the support given to us by the terminal operator and the NPA on this feat.

“This is the first time we are doing this through the port. We could have air-freighted it, but because of the size, we decided to bring it in through the port. This was so that we can get the very best of service, of which we have gotten from NPA.” Ease of doing business

Whie describing features of the aircraft, Amodu said the 19-seater Sirkosky S-92 is one of the best in the category for oil and gas businesses.

“The Sirkosky S-92 was acquired by Caverton Helicopters — being the first indigenous company in Africa to get it. Normally, all the multinational companies that have operated the machine in Africa were brought in for the sole business of making it work and taking it back. But Caverton has bought it and is going to keep it to increase capability. It will also be used to support for oil and gas,” he explained.

Also speaking, Yunusa Ibrahim, the manager, Tin Can Island port complex, described the acquisition of the aircraft as a great feat for the NPA.

“Never before have helicopter components been brought to the port, assembled within the port and taken off from the port. It is a very big significance for the NPA,” Ibrahim said. Ease of doing business

“It shows that our aim of ease of doing business is being achieved in line with focus of the management.”

On his part, Babatunde Keshinro, general manager, PTML terminal, said the feat was proof that the NPA has improved in the provision of investment opportunities. 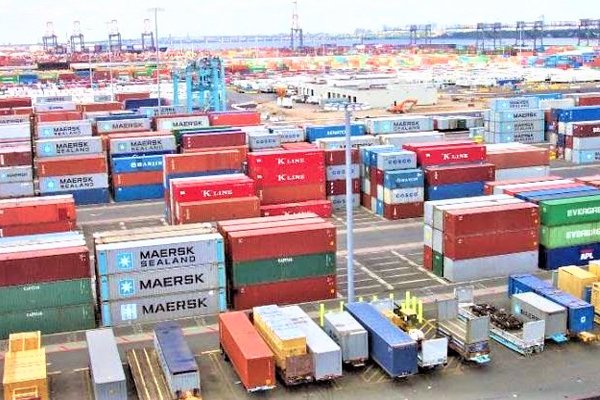 “PTML terminal is a multipurpose facility, and one of our major contributions to Nigerian trade is the opportunity to handle project cargoes. This is not the first time we are receiving helicopters at this terminal, but it is the first time that a cargo of this size is being coupled in the terminal,” Keshinro said. Ease of doing business

“As a BOT platform, we are operating based on the support NPA has given to us. Without their support, we wouldn’t have been able to offer this national brand. This is a brand of NPA. We are just an executor of the project.

“The helicopter arrived in one part and the other coupling parts arrived differently. It was necessary for the cargo to go through the mandatory customs clearance. After getting the necessary approvals from NPA and Customs, we decided to collaborate with them to provide the terminal facilities for them to couple it as it is.” Ease of doing business