The 458 Italia worth N120 million suffered a mangled front grille and a crumpled bonnet.

The front passenger side was also damaged while the two front airbags were deployed during the crash.

The cheaper Kia Optima, which seems to suffer no serious damage, had a damaged rear bumper. 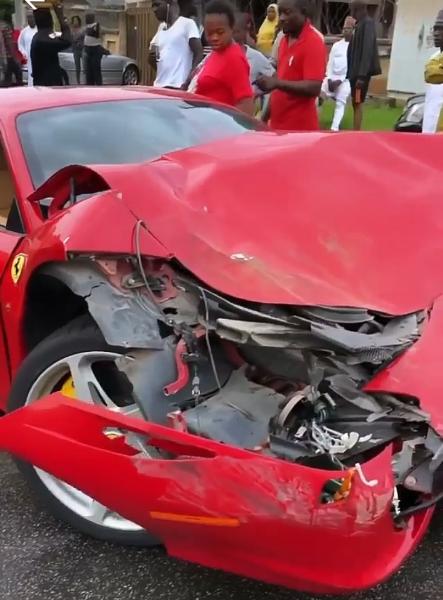 The Ferrari 458 Italia is one of the rarest supercars on the Nigerian road and now one of these expensive cars has painfully crashed into a Kia Optima in Asokoro, Abuja, the Federal Capital Territory of Nigeria.

Details of the crash wasn’t revealed, but it seems the Ferrari sports car, which suffered more from the crash, rear-ended the Kia Optima. 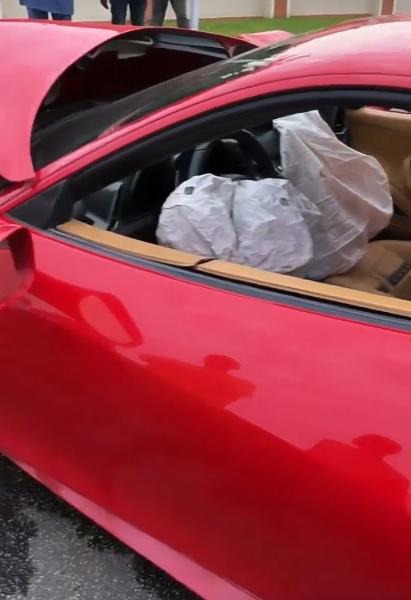 Images and footage of the crash shared on social media pages showed the mangled front grille and a crumpled bonnet of the Ferrari. The front passenger side was also damaged while the two front airbags were deployed during the crash. 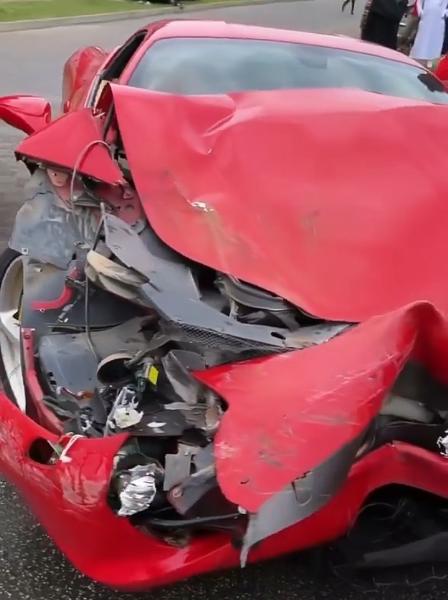 But the cheaper Kia Optima seems to suffer no serious damage, judging by the lone picture shared online. The sedan’s rear bumper which took the impact of the hit was damaged during the accident.

While the Kia may need tens of thousands of Naira to fix, the badly smatched Ferrari — if it is not totally totaled — will need millions of bucks to take it back on the road.

The mid-engine Ferrari 458 Italia (Type F142) sports car produced by the Italian automobile manufacturer Ferrari is worth N120 million. The 458 replaced the F430, and was first officially unveiled at the 2009 Frankfurt Motor Show.

Pictures of the Ferrari 458 before the crash. 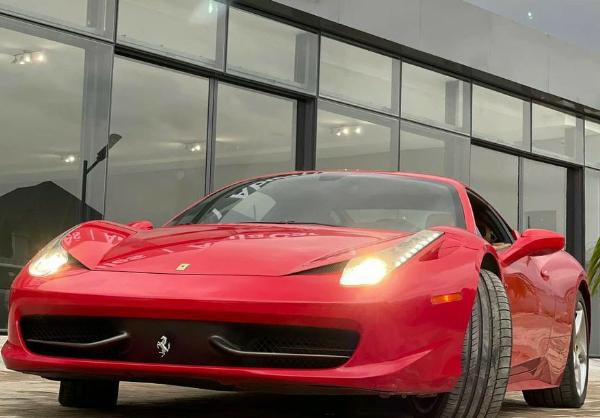 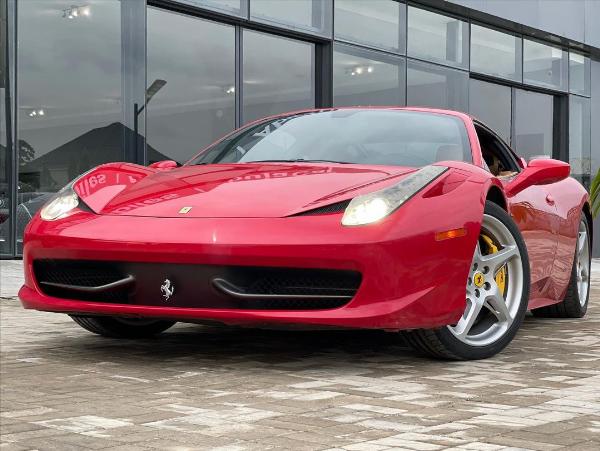 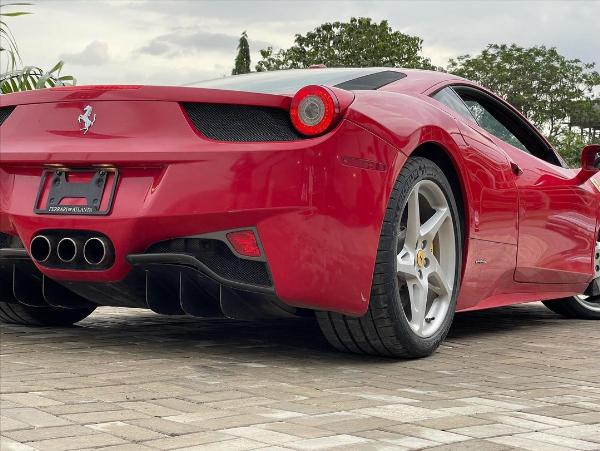 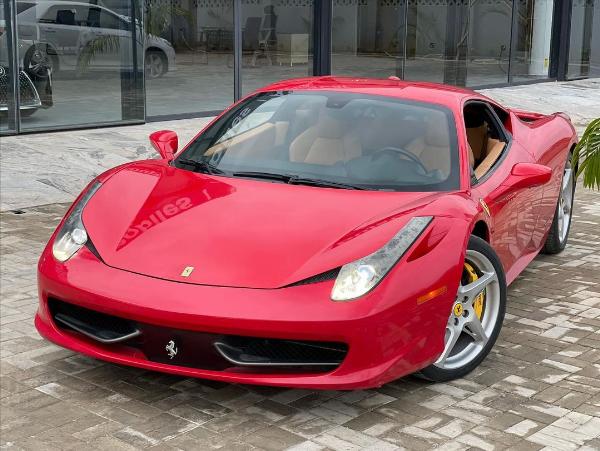 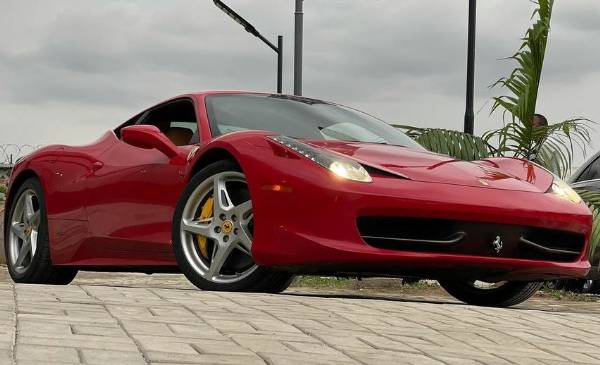