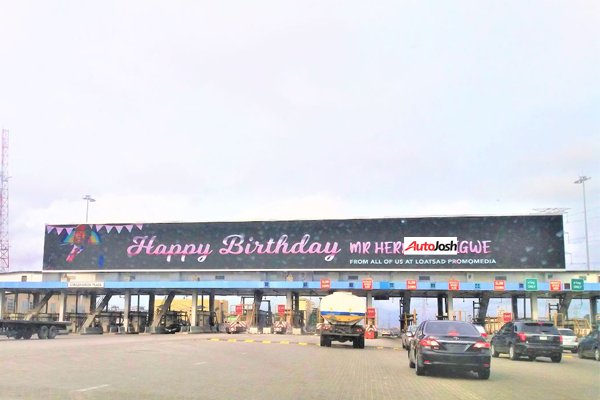 The Federal Government has announced plans to ensure there are toll gates on the federal highways in the country. The last time such existed was more than a decade ago.

The Minister of Works and Housing, Babatunde Fashola, stated this while briefing State House Correspondents on the decision taken at the Federal Executive Council meeting in Abuja.

Fashola said there was no law that stopped the government from having toll gate on federal roads.

“There is no reason why we can’t toll, there was a policy of government to abolish tolls or as it where, dismantle toll plaza but there is no law that prohibits tolling in Nigeria today. We expect to return toll plazas, we have concluded their designs of what they will look like, what materials they will be rebuilt with, what new considerations must go into them.

“What we are looking at now and trying to conclude is how the bank end runs.”

Fashola said that government was also considering to eliminate payment of cash by introducing electronic mode of payment.

The minister spoke about this same thing two years ago. Read it via the link below.

Proposed Ban On Danfo In Lagos: Will Sanwo-Olu Continue With This Ambode Policy?