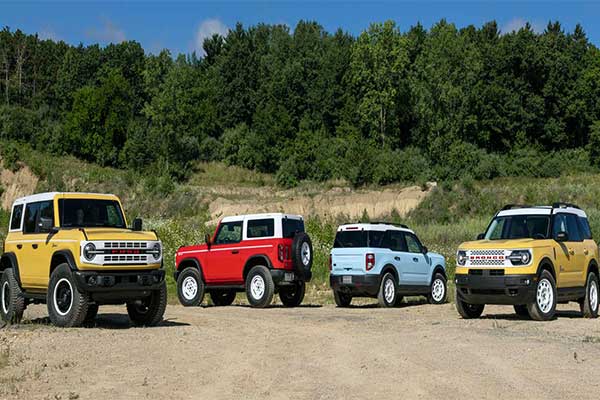 Ford announced the new Heritage Edition and Heritage Limited Edition variants for the Bronco and Bronco Sport SUVs, bringing retro-flavoured styling cues to the 2023 model year. Another nod to the original Bronco from 1966, is that the production of each of the special edition models will be limited to 1,966 units.

Both Bronco and Bronco Sport Heritage Editions are based on the Big Bend trim level, so the Sport gets the 181-hp 1.5-liter EcoBoost engine while the larger Bronco Heritage Edition comes with the 300-hp 2.3-liter EcoBoost, paired with a seven-speed manual or optional 10-speed automatic transmission.

Essentially a visual upgrade kit, both the Bronco and Bronco Sport Heritage Editions feature a two-tone paint job with a painted white grille, roof, and wheels. The Ford lettering in the grille has been painted a contrasting red colour, and white pinstripes line the body. 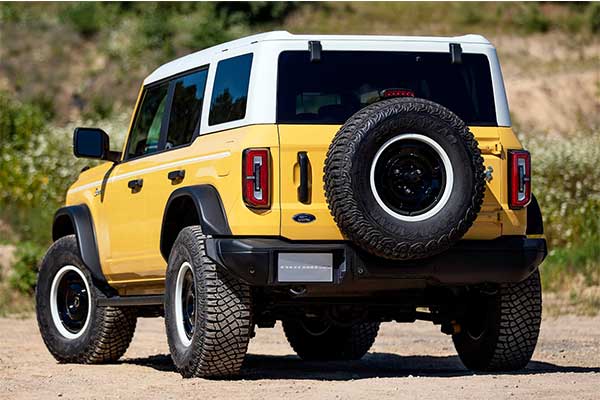 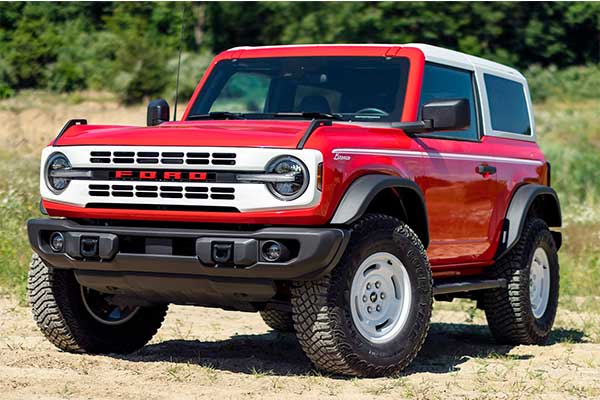 The Bronco Heritage Editions up the retro flair with squared-off fenders while both models sketch Bronco script in the fender’s pin striping. The 17-inch wheels have been finished in Oxford White as well, and team well with the pinstripe found on the side of the vehicle.  Inside the cabin, the seats are upholstered in either cloth (Heritage) or leather/vinyl (Heritage Limited), the dashboard is painted in Oxford White and the centre console has race red accents (Heritage Limited).

The Bronco Sport has no heritage of its own to draw on, but it can bask in the glow of its larger sibling and smaller Ford SUVs of yore. The Sport keeps the standard “Bronco” grille treatment (albeit in white) and the grille designs themselves are borrowed from their underlying trims (Big Bend and Badlands, respectively). You still get the white roof and white wheels, at least. Like the bigger Bronco, the Sport’s Heritage Edition is bundled with its most aggressive off-road gear, including its trick rear differential. Inside, the Heritage is filled with Navy Pier accents, while the Heritage Limited is distinguished by the leather seats and the unique touches on the centre console. 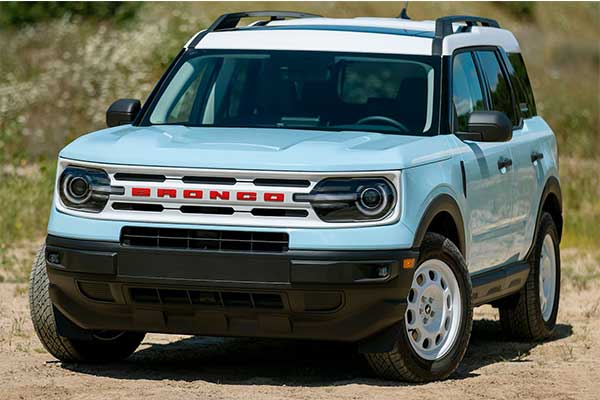 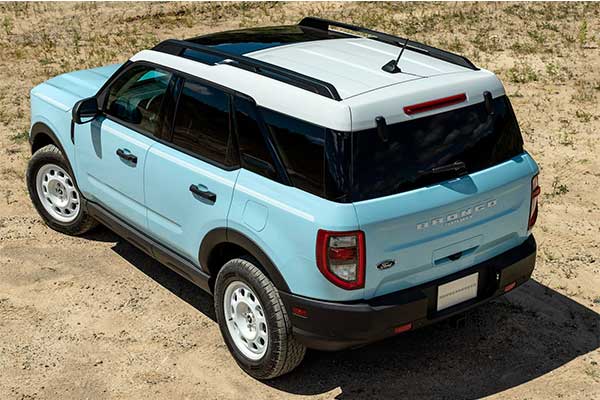 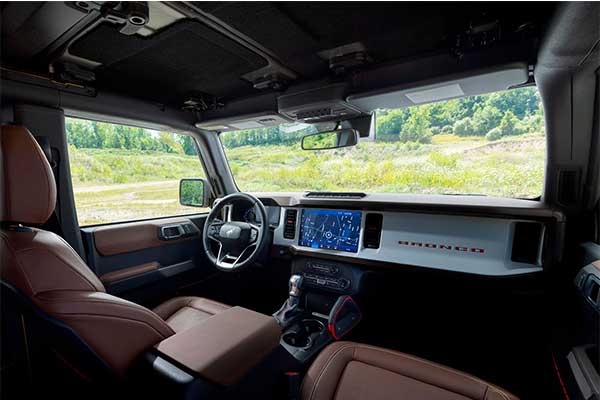 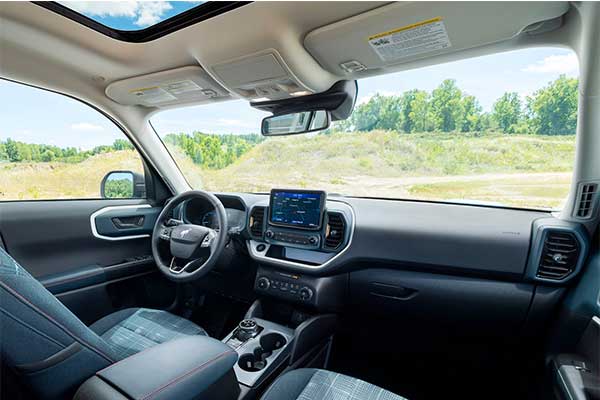 Related Topics:broncobronco_sportecoboostFordheritage_editionlimited _models
Up Next