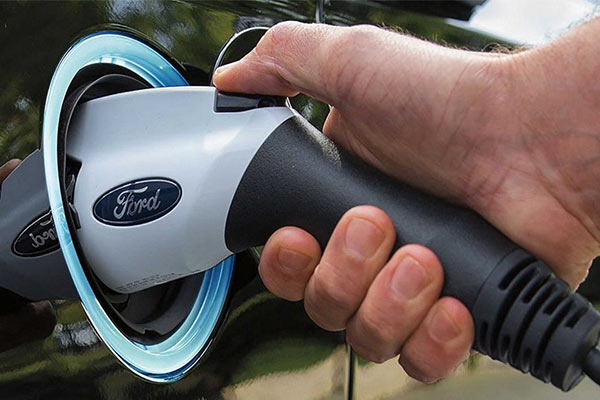 Ford, Purdue University to solve EVs biggest problem with Charging Systems that tops battery in 5-Mins or as fast as filing up at the station.

Ford and Purdue University researchers have developed a new, patent-pending charging system that solves one of the biggest problems with electric vehicles. Ford’s new cooling cables promises to recharge an electric vehicle battery-pack in roughly 5-minutes or as fast as filling up at a gasoline pump.

Aside from range, charging time is one of the biggest problems for current electric vehicles. Even with DC fast charging appearing at more Tesla stations, most vehicles with ideal battery, charger, and cable conditions still take upwards of at least 20 minutes.

However, Ford and Purdue can deliver over 2,400 amps to their vehicles, resulting in drastically faster charging times.

And while Ford and its partners at Purdue University didn’t go into a ton of details, as this is a patent-pending system, it all comes down to keeping the charging cables as cool as possible.

Just like charging a phone, or anything else for that matter, the electric current creates heat. This is especially true for electric vehicles, and by using liquid-cooled cables, the current can be higher and remain at higher amps at the same time.

According to Ford and Purdue, the charging cables have a liquid inside at first, which can then change to vapor and absorb large amounts of heat in the process. This is similar to the principle used in air conditioners and other cooling systems. They’ve managed to bottle that into cables, which will hopefully result in super-fast charging systems.

It’s important to note that this is only one part of the problem. Charging cable can be as fast as it wants, but the battery must be able to handle those higher currents too. Either way, this is undoubtedly a step in the right direction, and hopefully, we’ll see this type of charging technology sooner than later.