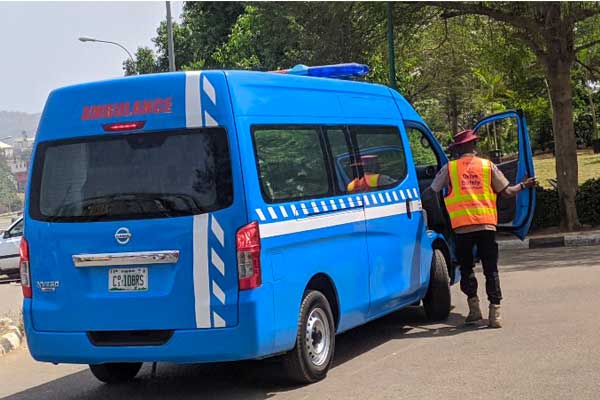 The accident happened after the driver tried to avoid killing a chameleon crossing the road.

His attempt to save the life of the chameleon led the vehicle to veer off the road.

Zamfara Command of Federal Roads Safety Corps (FRSC) has returned the sum of ₦2,580,000 cash that was recovered from an auto crash scene to the rightful owner, Bashir Abdullahi.

Bashir Abdullahi, who was one of the victims, was rescued along three other persons by FRSC Rescue Team on December 15, at about 11:45pm around Tazame village along Gusau-Futuwa road.

According to FRSC, the accident happened after the driver of a Golf 3 with registration number DKA557RY tried to avoid killing a chameleon crossing the road, which led the vehicle to veer off the road.

While presenting the recovered money to Bashir in Gusau on Thursday, the Sector Commander, Iro Danladi advised the public against night journeys due to poor visibility and security issues.

Danladi also commended the FRSC Rescue Team for its selfless, service and honesty, urging it to keep up such characters, saying the Corps will be proud of them.

While receiving his ₦2,580,000 cash, Abdullahi thanked the FRSC command for the quick response and its sincerity.