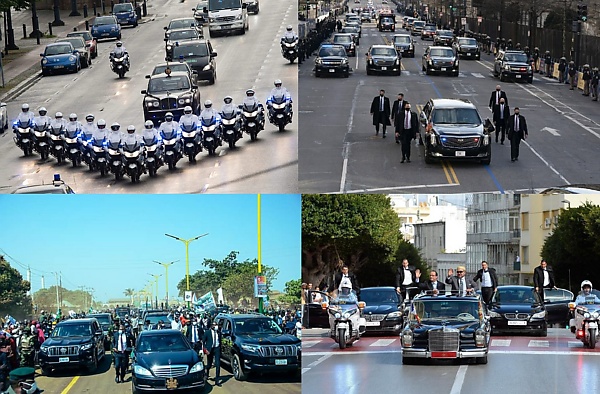 Gallery of Presidential motorcades from around the world, from U.S President Biden’s to Muhammad’s motorcade.

Motorcades for presidents and heads of state can consist of dozens of vehicles, including armoured cars and police and cars. 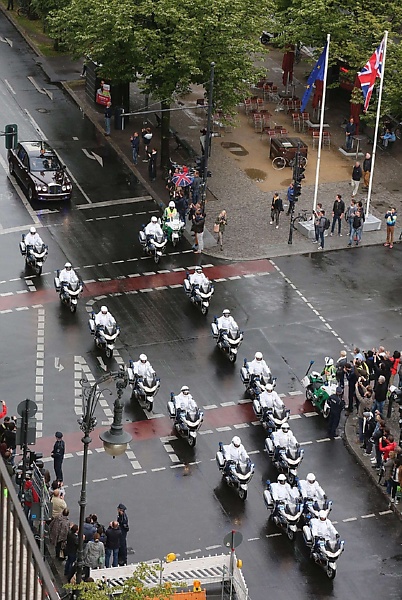 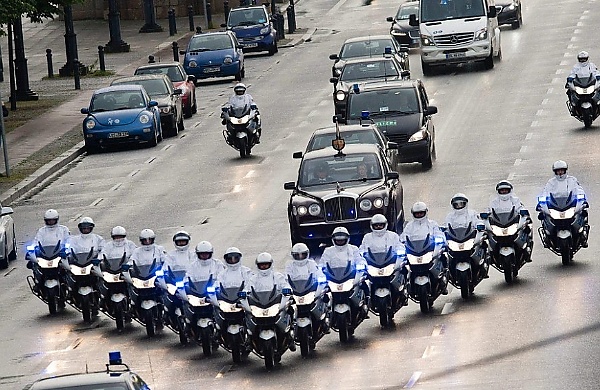 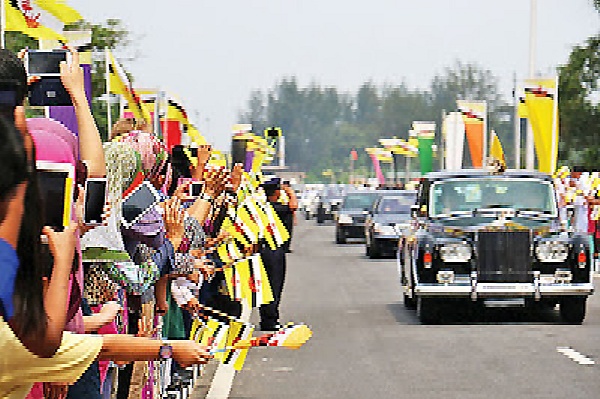 A motorcade (or convoy, carcade, autocade) is a number of vehicles driving in the same direction. It can be used to transport a very important person (VIP), usually a political figure as well as used for protests and demonstrations.

When used by political figures or a very important person (VIP), a motorcade is usually accompanied by a number of police cars and other protection to make sure the people in the motorcade are safe. 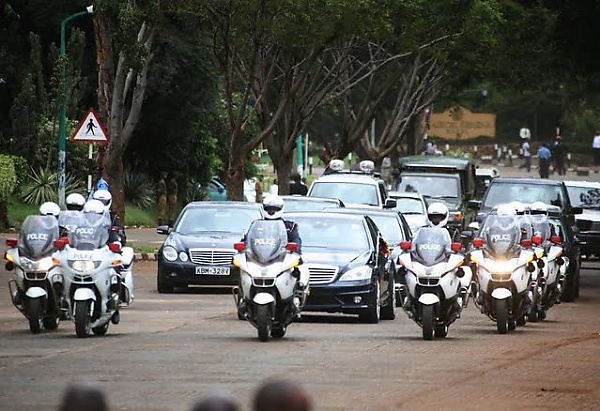 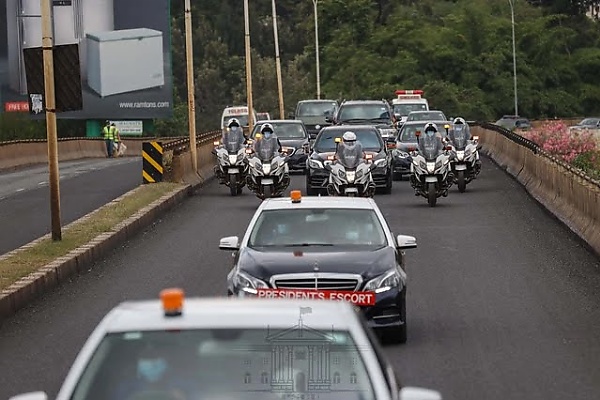 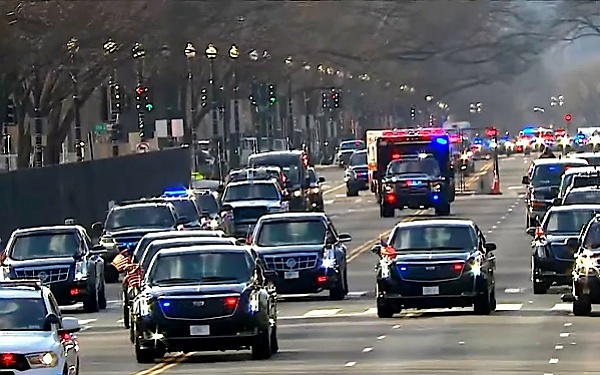 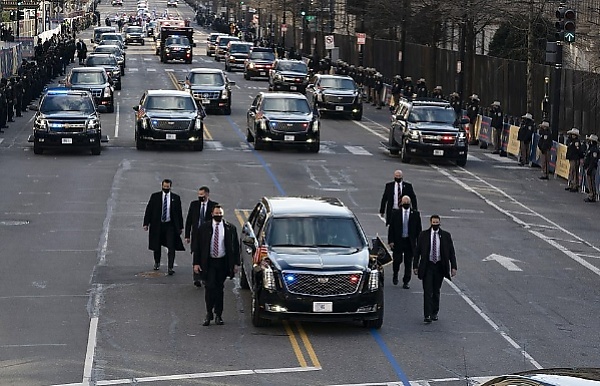 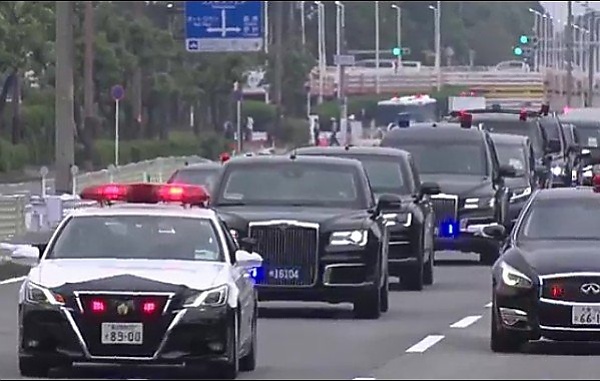 For instance, motorcades for presidents, heads of government and heads of state can consist of dozens of vehicles, including armoured cars, SUVs, as well as police motorcycles and cars, that leads the way.

While a motorcade can consists of about six vehicles, the motorcade for the President of the United States comprises forty to fifty vehicles, including vehicles that carry members of the press, security, White House officials, and VIP guests. 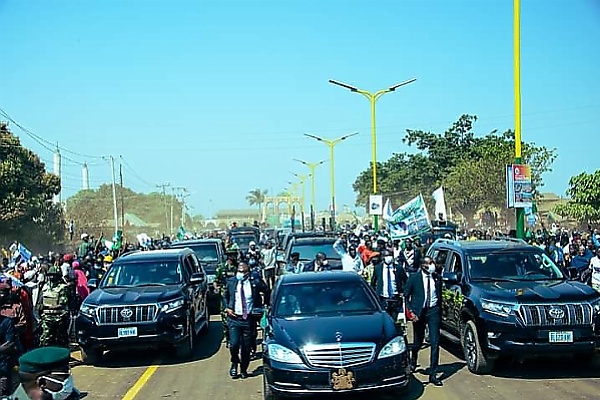 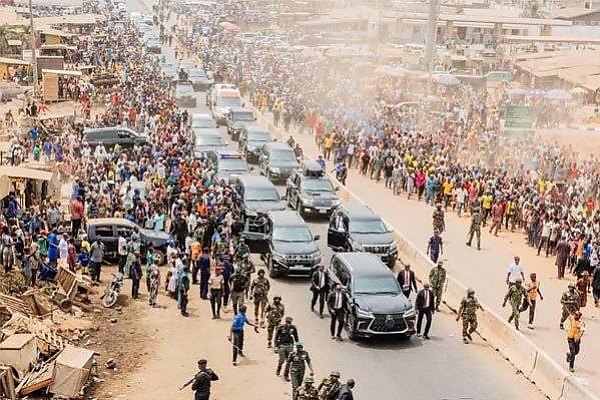 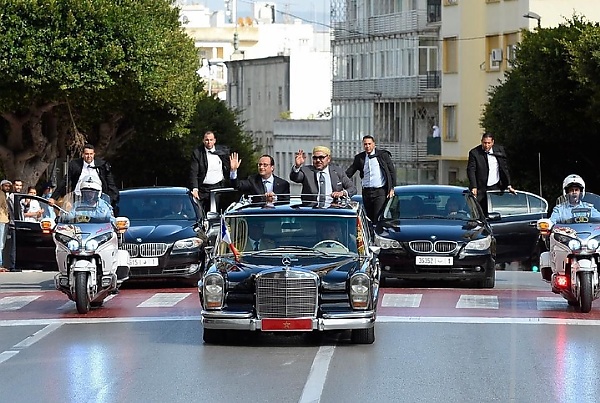 The motorcade for the President of Nigeria, Muhammadu Buhari, comprises ten to thirty vehicles, depending on the assignment – with over 50 vehicles reported during his his visit to Imo State last September to commission several projects executed by the Governor Hope Uzodinma’s administration.

Depending on the size of the motorcade and who it is carrying, streets may be completely blocked off, so a traffic diversion may be announced to the public by the government to take alternative routes.