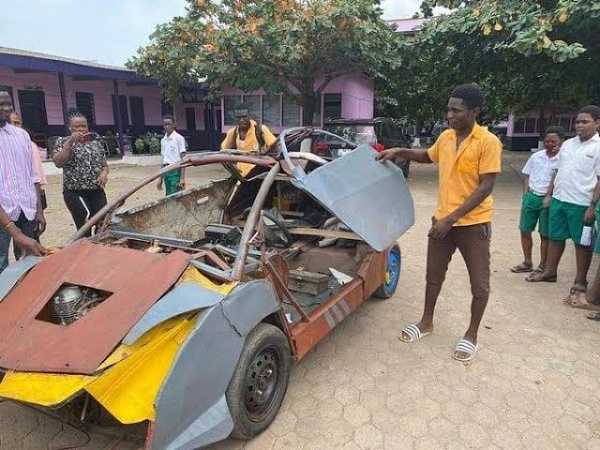 Young Ghanaian JHS 3 student cruises to school with his friends to show off his locally-made Lamborghini-inspired sports car.

The build isn’t complete yet, but it boasts a eye-catching upward-opening gullwing doors; and an engine powerful enough to make it move. 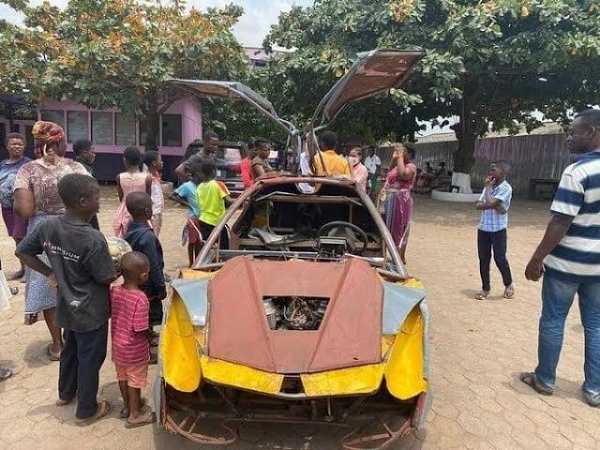 A young student’s dream of owning a multi-million Naira Lamborghini supercar has became a reality after spending months using scrap metals to replicate the sports car.

In a video posted on social media pages, the young Ghanaian JHS 3 student, who obviously could not afford the Italian sports car, was reported to be on his way to school to show off his front-engined creation. 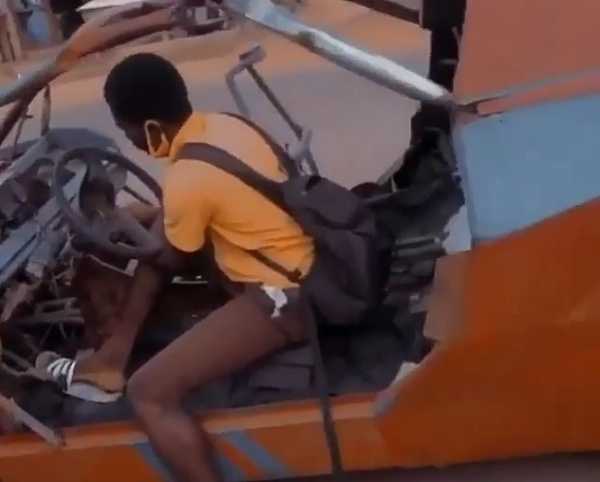 The 18 year old, named Kelvin Odartei, was seen starting and revving the engine, as his classmates rush to join him in his ride, while heading to school to write their final papers in the ongoing national exam. 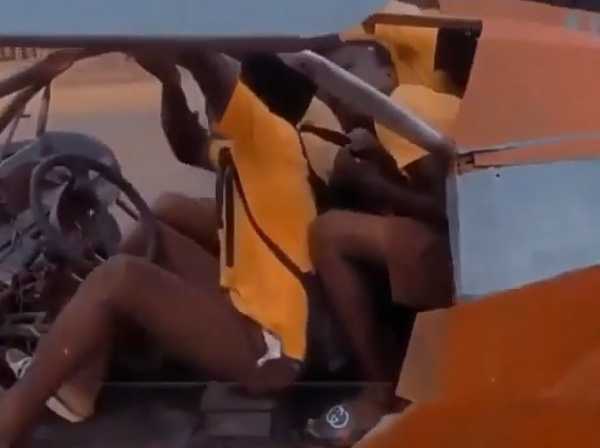 The 18 year old named Kelvin Odartei showing off his ride in school.

Even though the build is in skeletal form and not complete yet, it still boasts an eye-catching upward-opening gullwing doors. Its engine is also powerful enough to make it move. 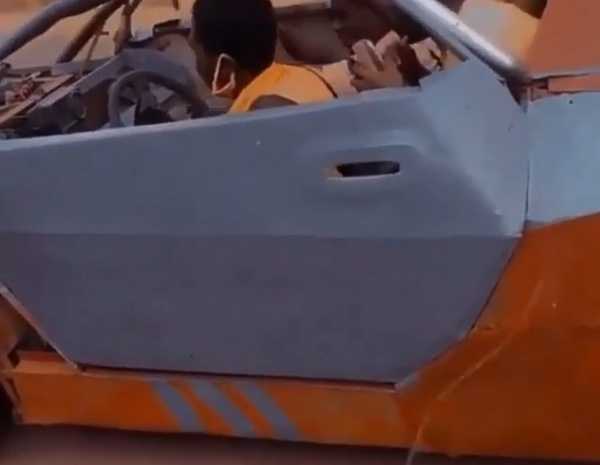 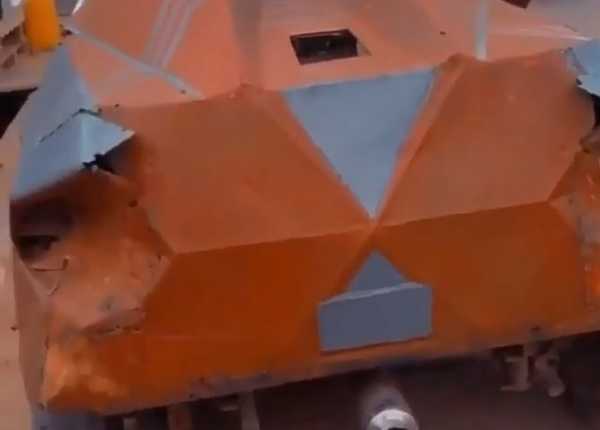 What Do You Think About The Locally-made Lamborghini-inspired Sports Car With Gullwing Doors?