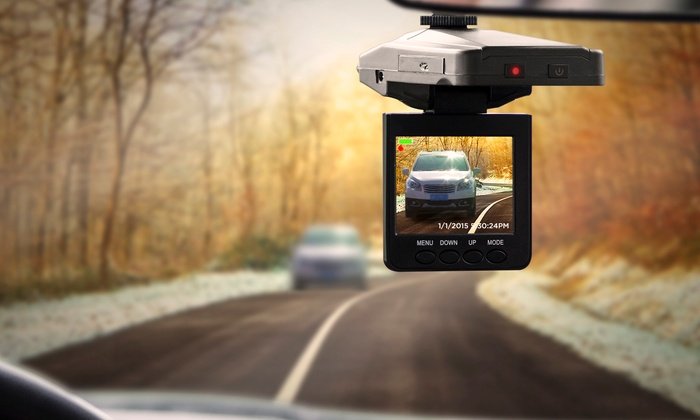 A dash cam,dashboard camera,car DVR, or car black box is an onboard camera that continuously records the view through a vehicle’s windscreen.It may be attached to the interior windscreen or to the top of the dashboard,by suction cup or adhesive-tape mount.Dashcams may provide video evidence in the event of a road accident. During parking,some dashcams still can capture video evidence if vandalism act is detected.

Dashcams are widespread in Russia as a guard against police corruption and insurance fraud,where they provide additional evidence.

A combination of inexpensive cameras,flash memory and regulations passed by the Russian Interior Ministry in 2009 removed any legal hurdles for in-dash cameras has made it easy and cheap for drivers to install the equipment.
Do a search for “Russia dash cam crash” on YouTube or Yandex.ru,russia’s equivalent of Google and you’ll find thousands of videos showing massive crashes,close calls(close shaves)and attempts at insurance fraud by both other drivers and pedestrians.

It is estimated that over one million Russian motorists have dashboard video cameras installed in their cars.This is not to capture moments like the meteor flight or even miraculous survivals of horrifying highway crashes.The main purpose was to help stamp out police corruption.

The Russian Highway Patrol is known throughout their land for brutality,corruption,extortion and making an income on bribes.So Installing Cams will however keep you safer from drunks in uniform,false accusations and unreasonable bribe hikes.

Russia ranks 131st among the world’s nations in corruption(where number one is the least corrupt),according to Transparency International.Much of that corruption is on the part of the traffic police,an institution that, along with kindergartens and higher education,was ranked by Russians as the country’s most corrupt.

In addition to authorities they deem untrustworthy,russian drivers must contend with the possibility of being attacked by another driver.

Then there are also pedestrians who get themselves hit by cars on purpose,for a payoff-insurance fraud.

Overall,in a country where traffic conditions are horrible,insurance scams and roadside fights are always a possibility,and the police are widely viewed as corrupt,video evidence of one’s innocence can be a very valuable thing.

2)You have First-Hand evidence of a car Accident
Installing a dashcam can prevent many post-accident legal headaches and blame games by recording the facts.

3)You can efficiently prevent parking Accidents
Parking can be a nightmare,especially for beginner drivers who tend to accidentally scratch other cars while they are struggling to park theirs,or even worse,your ride could get vandalized.

4)Capturing the Unexpected
You too can capture countless of unexpected events just like those in russia that caught accidents involving other cars,to meteors flying over russia and animals surprised in the middle of the road with all these clips ending up having tens of millions of views on Youtube.

5)Insurance Fraud
Some drivers purposely cause car accidents just to put the blame on the other party,in order to extort money from the victim.This is a widely used fraud,where those who commit it usually look for high-end car drivers to extort.

6)Recording/Documenting your road trip
You can turn your road trip into an unforgettable journey that you can see over and over again.

Do you think having a DashCam installed in every car will definitely reduce bribery and corruption among the men in black(Nigeria Police Force),or maybe they will devise another means to defeat the technology.
Lets have your views?

Truck Spotted Taking A Dive Into The Canal In Lagos (Photos)