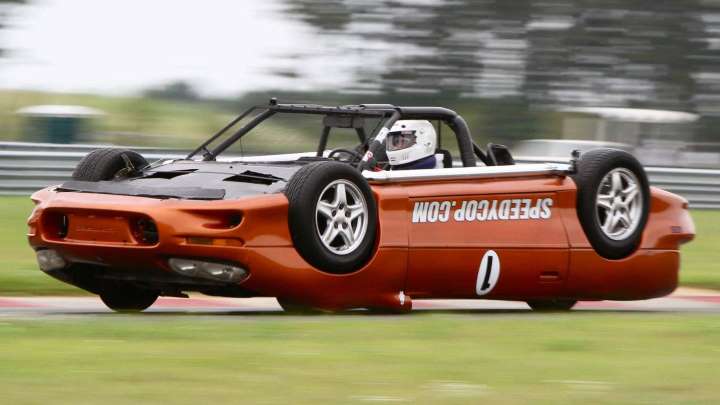 The creator of this street legal,Upside-Down Camaro is Jeff Bloch,and he has created a number of vehicles for the LeMons league, including cars that looks like a plane,a helicopter,and the station wagon from National Lampoon’s Vacation.

This Upside-Down Camaro was recently given to racer Dave Montoya,who borrowed it from the LeMons HQ for an event.Apparently,the homeowners association in his neighborhood is annoyed by the appearance of the weird vehicle and has sent him a letter, asking him to remove the car from his driveway.

Stating that “all Permitted Parking Areas shall be used solely for the parking of motor vehicles used for personal transportation,” the homeowners association gives Montoya 15 days to park the car somewhere else so that his “property is in compliance.”

But there’s one thing The Homeowners Association are missing – the Camaro is actually exactly that,a road-legal vehicle for personal use. 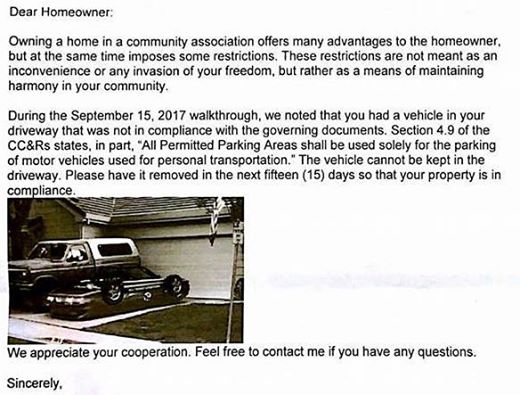 The Upside-Down Camaro is built on top of a fully running 1990 Ford Festiva,modified to wear the Camaro shell,and meets California’s emissions standards.It’s actually one of the very few cars from the LeMons series that’s road-legal.

“Dave Montoya told them to piss off, ”regarding the HOA’s letter,also saying that he will send the association members a link to a video of him driving the car for “personal transportation.”

If the case is taken to court,who do you think will come out victorious?

Check import duty for over 5,000 cars in Nigeria.. https://autojosh.com/import-duty