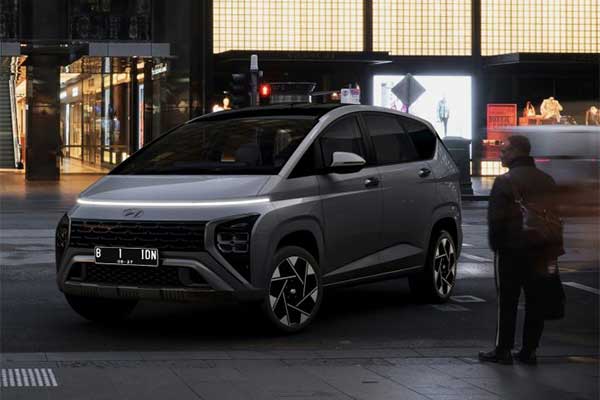 Hyundai has unveiled its futuristic minivan the Stargazer for the Indonesian Market and like the larger Staria, it looks fantastic. While Hyundai hasn’t published the full photo gallery of the Stargazer yet, the photos on their official website give us a great idea of the exterior and the interior design.

The Hyundai Stargazer, based on the carmaker’s One Curve Design, looks like nothing else on the road. Up front, there are sleek horizontal DRLs, below which is the large rectangular grille flanked by large LED headlights.

Hyundai’s MPV has a nice cab-forward silhouette with plenty of sharp creases and squared-out wheel arches similar to the new Tucson. Plus, the funkily styled wheels look bold and add character to the design. The cutting and creasing continue to the rear end with vertically stacked, tall tail lamps.

Inside, the Stargazer has six or seven seats arranged in three rows. Cargo space is 200 lt (7.1 cubic feet) behind the third row or 585 lt (20.7 cubic feet) behind the second row. We can also see plenty of cupholders and armrests, and tables mounted on the seatbacks, at least in the pictured six-seater version. The dashboard and the steering wheel look similar to other models from the Hyundai lineup. There’s an 8-inch infotainment touchscreen and the instrument cluster gets a 4.2-inch screen among the dials.

The Stargazer isn’t going to thrill any enthusiasts with its sole engine option, a naturally aspirated 1.5-liter four-cylinder gas engine making 114 horsepower and 106 pound-feet of torque. Although, it is available with a six-speed manual, which could make shuttling kids around a bit more fun. An automatic CVT is available as well. It does get quite a bit of Hyundai’s latest tech, though, such as its SmartSense safety features, including Blind Spot Collision-Avoidance Assist and Rear Cross-Traffic Collision-Avoidance Assist, and an 8-inch touchscreen infotainment system. 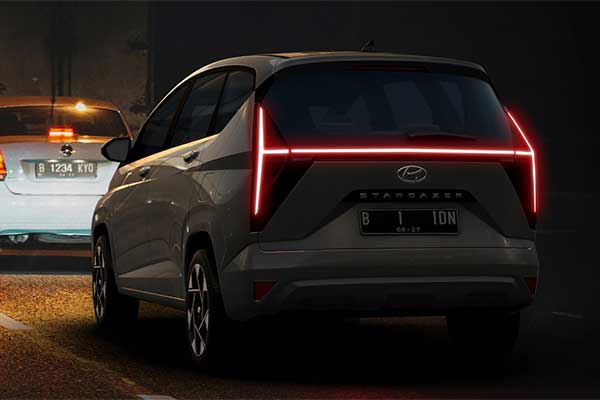 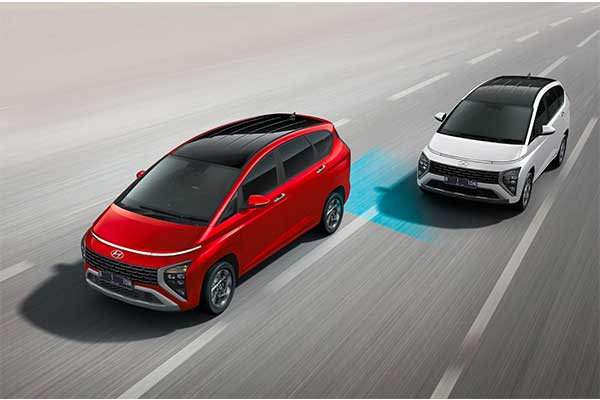 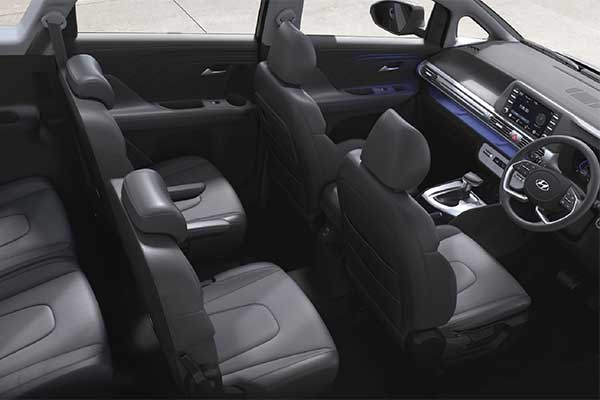 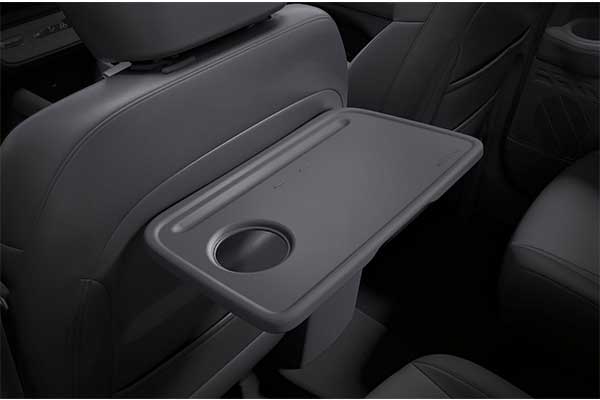