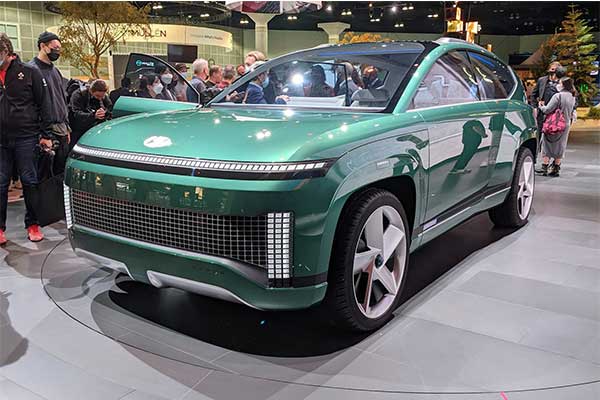 Based on the company’s Electric-Global Modular Platform (E-GMP), the suave SUEV features an electric powertrain. Hyundai is targeting a range of more than 300 miles (483 km) and 350-kW charging, which should allow it to get from 10-80 percent charge in just 20 minutes.

The Hyundai Seven concept features clean, modern body panels, following in the stylistic footsteps of the 45 concept from 2019, which bred the production Ioniq 5, and the Prophecy sports car concept from 2020 (which we hope joins the range soon). The front fascia features a slim LED light bar that stretches the width of the hood, with two vertical fog lights beneath it on either side of a faux mesh grille. The backside employs a glass partition with an illuminated Hyundai logo and a full-width LED taillight bar that matches the same treatment on the front end. 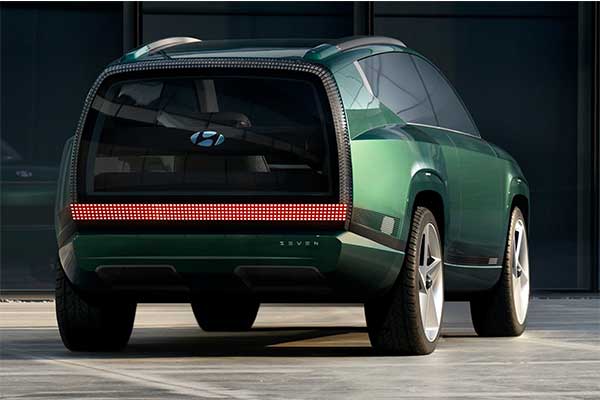 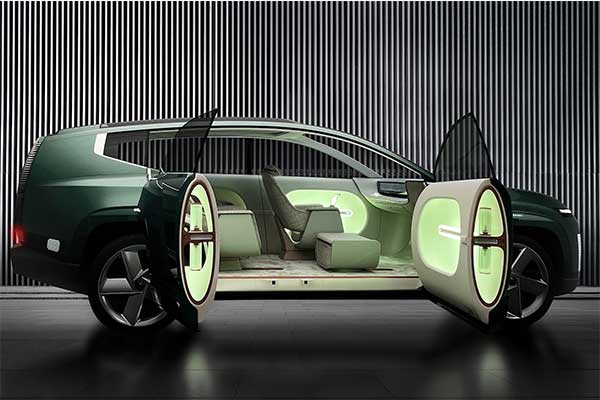 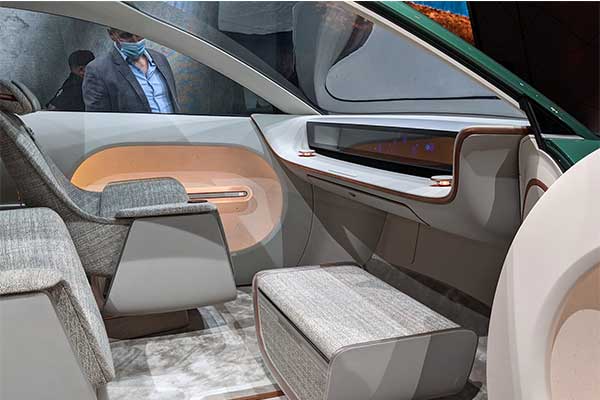 Access to the cabin is via wide-opening coach doors, and inside there’s a sofa-like seat at the rear and a pair of rotating seats, one of which is for the driver. Since the driver can choose whether he or she actually wants to drive, the controls for the vehicle can be tucked away and the driver’s seat rotated to face other passengers. Cabin space is generous thanks to a 126-inch wheelbase.

A universal island console, a built-in mini-fridge, side-door ambient lighting, and a SmartHub graphic user interface are some of the EV’s other smart features. Look up and the cabin has a vision roof with a panoramic OLED screen that displays content or helps to create a dazzling cabin atmosphere.

Production models of the Seven will be called Ioniq 7 and will be launched officially in 2024. 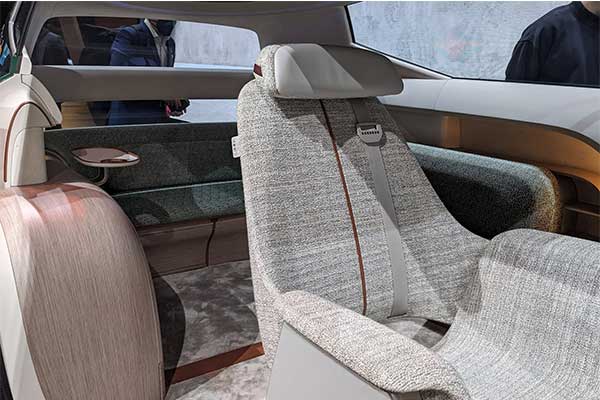 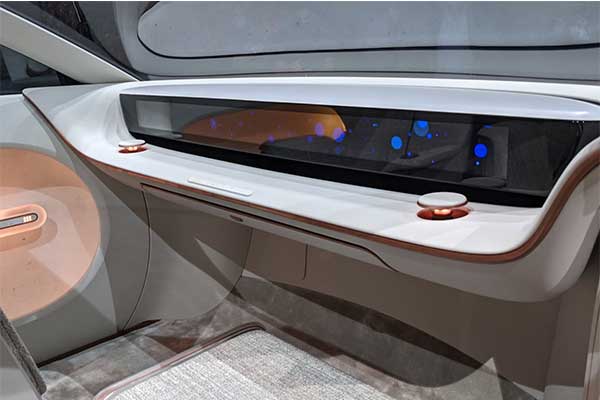 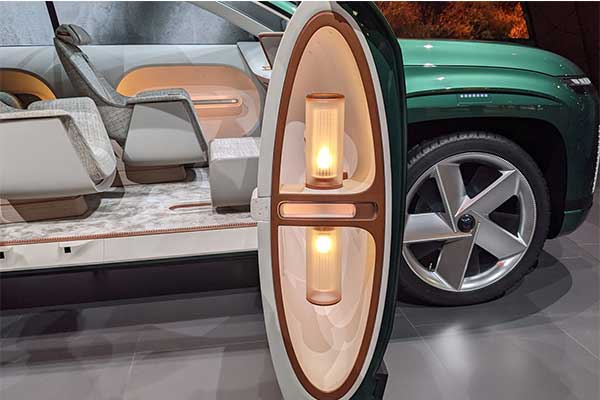 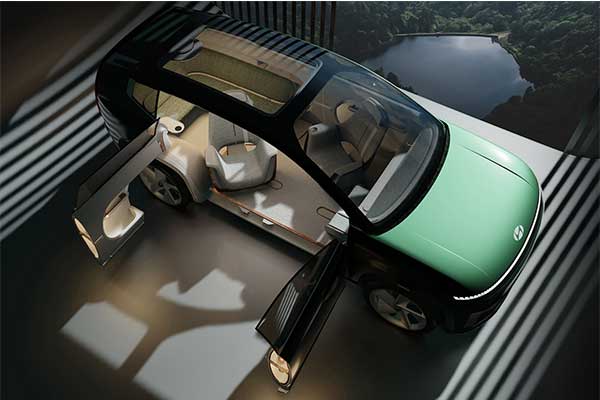