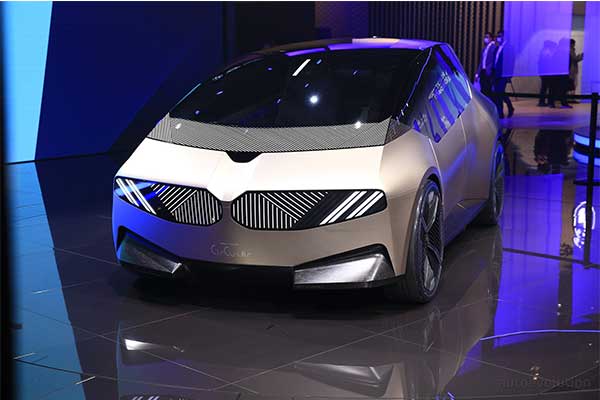 BMW has unveiled its revolutionary vehicle that will change the face of the automobile sector. Introducing the i Vision Circular concept which is a 5-door, four-seat compact EV imagined for the year 2040.

Conceived to embrace BMW’s four eco-friendly philosophies of RE: THINK, RE: DUCE, RE: USE and RE: CYCLE, the entire car is made from recyclable materials, and at the end of its life can itself also be fully recycled, and that includes the battery.

On the outside, it features new front grilles that are blended right into the headlights, and they share the same surface above the front bumper. Parts of the grille include vertical lines, while others have lines at an angle opposite that of the LED bars in the headlights. The concept vehicle also comes without a BMW badge on the front, which is also uncommon. The rear doors are rear-hinged, so they are opened the other way round, just like on an i3. 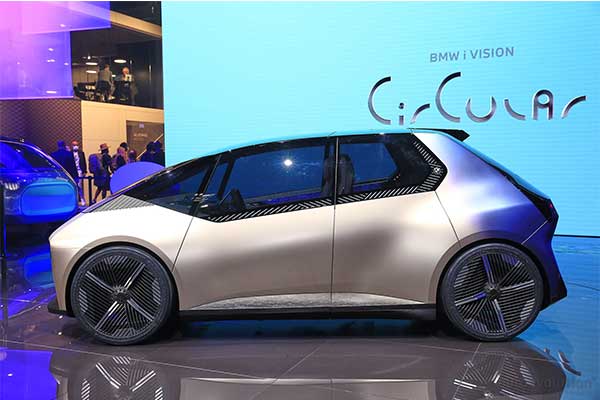 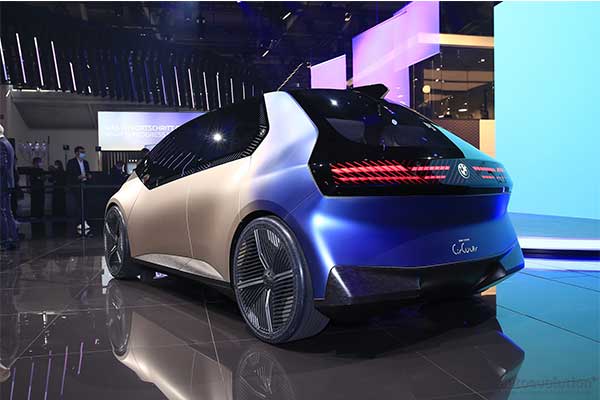 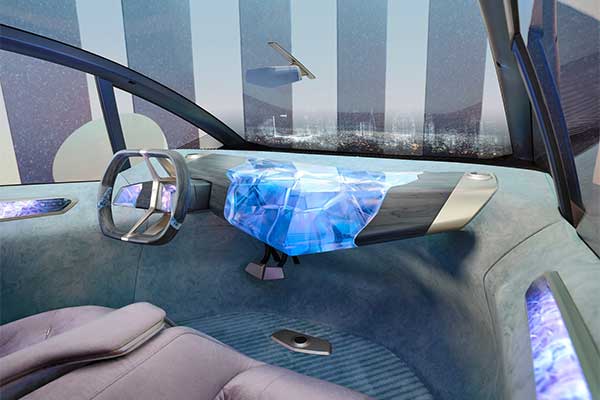 The tires are made from certified, sustainable natural rubber and include coloured recycled rubber particles that add strength and create a distinctive look. Moreover, BMW says drivers will be able to send unwanted power back to the grid from the car’s battery.

Inside, you’ll find plenty of 3D printed components, like the steering wheel, and more recycled materials. BMW even avoided glue in favour of new bonding techniques. There’s a Monochrome Taupe finish for the front and rear seats and gold-bronze metal accents can be found throughout. There’s also lots of glass, such as for the roof, to create the feeling of space, while the instrument panel is a work of art: a hovering, V-shaped sculpture projecting out into the cabin with a 3D-printed crystal body at its core.

The rear passengers get their luxuries from a dimmable glass panel in the roof above, speakers that can create listening zones for each occupant, and lamps in the C-pillars made from recycled iDrive knobs.

The BMW i Vision Circular concept won’t make it to production – at least not anytime soon, maybe in the year 2040 we’ll see something similar. But expect BMW to utilize some of these unique recycling techniques in its future models. 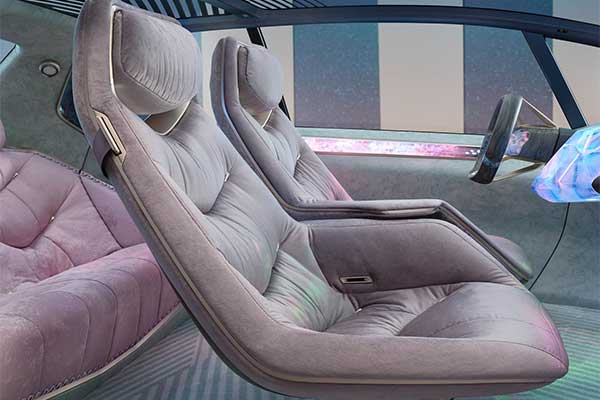 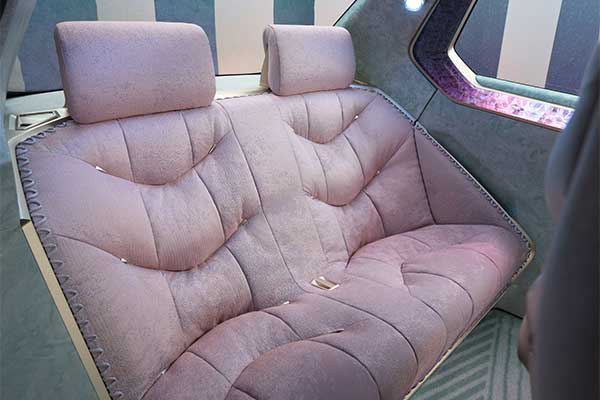 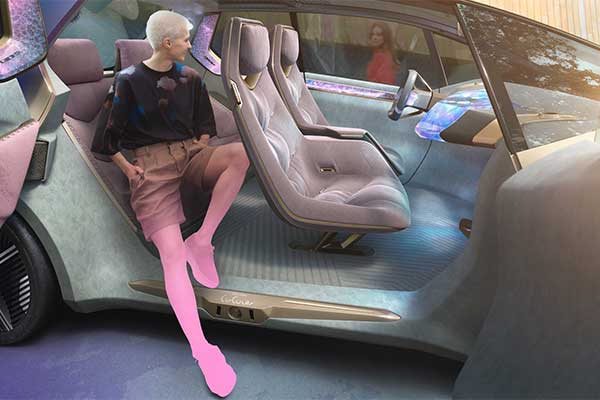 Hyundai Reveals SEVEN Which Is A Concept Full-Sized Electric SUV

Want A Private Jet On Land? Then The Audi GrandSphere (Concept) Is For You