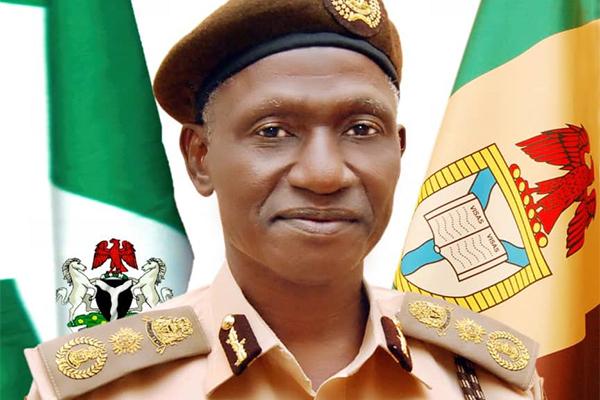 The enhanced ePassport was rolled out to meet up with the increasing demand, especially the ten-year validity Passport.

The Minister of Interior Ogbeni Rauf Aregbesola has commissioned the enhanced e-Passport for Nigerians in the United States of America.

In a statement made available to newsmen by the spokesman of the Nigeria Immigration Service, ACI, Amos Okpu, on Thursday, July 7th, 2022, the event was held at the Nigerian House in Washington DC.

Speaking at the event, the Minister enjoined Nigerians in the United States desirous of obtaining fresh Passport or those for re-issue to visit the Service portal via passport.immigration.gov.ng to apply and pay for the Passport categories of their choice.

He restated Federal Government’s unwavering commitment to making access to Passport for eligible Nigerians especially those in the Diaspora as seamless as possible.

The Minister maintained that the decision to roll out the enhanced ePassport in the United States is very strategic particularly to meet up with the increasing demand for Passport and especially the ten-year validity Passport.

Earlier, the Comptroller General of Immigration Isah Jere Idris stated that with the rollout, the Service is optimistic that cases of delay in processing Passports will be adequately addressed and so advised applicants to abide strictly by the application and processing guidelines and requirements as contained on the Service’s application portal passport.immigration.gov.ng.

‘‘We expect applicants to turn in their requests in good time to allow for a smooth and successful service delivery stressing that applicants are expected to complete their forms online, make payment, and book appointments for biometric enrollment and only visit the Missions on their appointment dates.

“This is expected to allow for planning thereby reducing applicants’ waiting period and speed up the process among others in line with global best practice’’ he stressed.

He maintained that the National Identification Number (NIN) is mandatory for the processing and issuance of the enhanced ePassport.

The CGI further noted that as part of efforts to improve applicants’ experience in the process, the Service has provided a status tracking system (track.immigration.gov.ng where applicants who have applied and enrolled can conveniently track the status of their applications in the comfort of their homes and offices.

He assured Nigerians who have applied and enrolled for the harmonized Passport before now, that concrete arrangements have been put in place to expedite the delivery of their Passports within the shortest possible time. He noted that the stock to take care of the backlog has been provided for assuring that applicants who left mailing envelopes shall begin to receive their Passports soon.

Meanwhile, the Nigerian Ambassador to the United States Her Excellency Dr. Mrs. Uzoma Emenike lauded the Minister for the feat especially the introduction of the ten-year validity Passport category to the menu. She assured that the Nigerian House will continue to deepen reform efforts with a view to improving the quality of service delivery to Nigerians in the United States.

The enhanced ePassport is unique in many respects and these include a polycarbonate data page, laser engraving, multiple laser images; showing the date of birth of the holder in another window on the data page among other additional twenty-five security features. It comes in three categories and this gives an opportunity for applicants to make choices.

(i). the 32-page Five-year validity category;

With this event, the Passport Issuing Centres in Atlanta, New York, and Washington DC all in the USA have joined their counterpart in the UK as part of the foreign Centres that have been successfully migrated to the enhanced ePassport regime.

Important personalities such as the Consul General in Atlanta, Ambassador. Mrs.Amina Smaila Ahmed and her counterpart in New York,  Ambassador. Lot Egopija and some leaders of Nigerian communities in various parts of the United States attended the event.