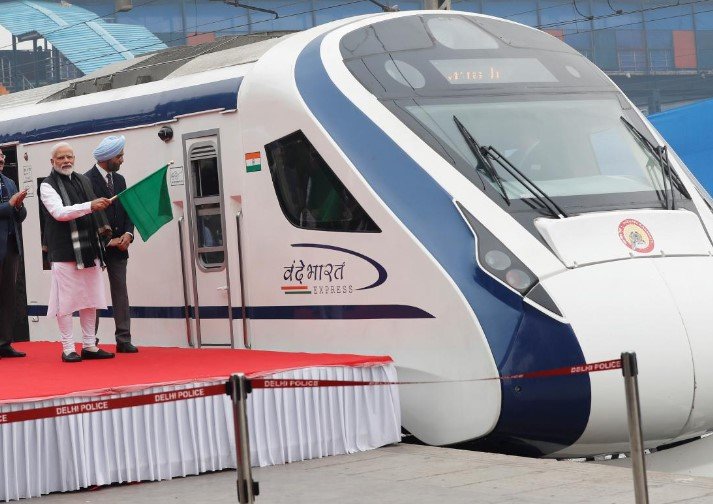 The semi high-speed train that was locally built in India has been reported to have broken down on its way back to New Delhi from Varanasi in northern Uttar Pradesh, just a day after it was launched by Prime Minister Narendra Modi. It was just making its first trip.

“There seems to be disruption [possibly due to] cattle run over. It wasn’t a scheduled commercial run,” Reuters partner ANI said in a tweet citing the railways ministry.

You may also like: Top 20 Countries In The World With The Largest Rail Networks

The train eventually reached New Delhi and will resume a commercial run from Sunday, said the tweet.

Tesla Introduces The ‘Dog Mode’ Feature In Their Cars